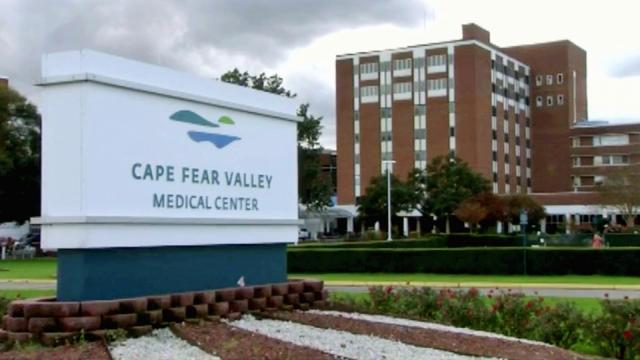 Fayetteville, N.C. — Cape Fear Valley Medical Center is attracting the attention of state and federal investigators for what some patients claim is inadequate treatment in the hospital's emergency room.

Two lawsuits have been filed in recent weeks, claiming mistreatment in the ER led to a man's death and endangered the life of a woman.

A Cape Fear Valley spokesman said Monday that the hospital has made changes to its ER and will continue to adjust to better serve patients.

Ometric Snow said an ambulance took her to the Cape Fear Valley ER on Oct. 18 because she was suffering extreme abdominal pain and nausea.

The 28-year-old said she waited for about an hour and then asked for pain medication. When a nurse refused, she waited another hour and asked again.

"She again told me no and that I wasn't the only one there and that there had been people waiting there five or six hours before I ever got there," Snow said Monday.

After more waiting, she said, she grew so frustrated that she cursed at the hospital staff, who then had a security guard escort her in handcuffs out of the hospital. She walked outside with a blanket an employee had given her, only for a security guard to track her down.

"She comes behind me, snatches the blanket and I asked her why. She told me I was stealing," Snow recalled tearfully. "For me to go through that was ridiculous."

Cape Fear Valley eventually admitted Snow, who has polycystic kidney disease, and she stayed for a week of treatment. The disease causes cysts to form on kidneys, disrupting their function and leading to infections.

Snow accuses the hospital of negligence and the denial of her civil rights. She is seeking at least $20,000 in damages.

Valerie Walker alleges in her wrongful death lawsuit that Cape Fear Valley security guards killed her son on April 17 when he went to the ER for a psychiatric evaluation. Andre Walker was agitated and tried to leave the hospital when several guards restrained him, including putting him in a choke hold, according to the suit.

That lawsuit prompted a ruling from the federal Center for Medicare & Medicaid Services that the hospital was in "immediate jeopardy" of losing reimbursements for Medicare or Medicaid patients.

Benbenek said the hospital has addressed the issues of concern to federal regulators and is no longer in jeopardy of losing funding.

ER visits at Cape Fear Valley have jumped by 28 percent since 2007, making it one of the busiest ERs in North Carolina, but the hospital remains committed to providing the best care to patients, said Vince Benbenek, vice president of marketing and outreach.

"We are confident that we have the policies and procedures in place to keep our patients and staff safe while we deliver a high level of care," Benbenek said in a statement.

Cape Fear Valley's parent company plans to build a 65-bed hospital in northern Cumberland County and a 41-bed hospital in Hoke County to relieve some of the pressure on the flagship campus.

The children's ER has been moved across campus, allowing the main ER to create an area for more critical patients, he said. Also, teams of doctors and nurses work to admit patients faster to the most appropriate area of the hospital.