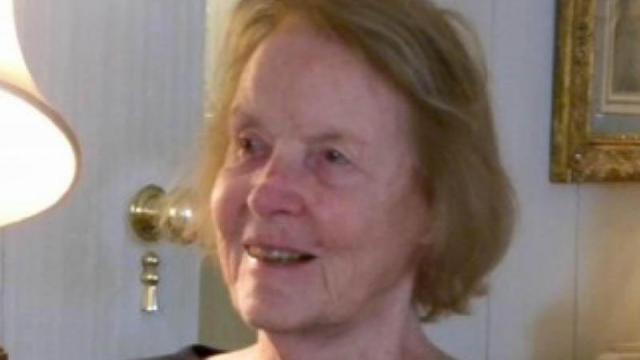 Raleigh, N.C. — An heiress whose donations to former Democratic presidential candidate John Edwards are at the center of criminal case against him said in a recent magazine interview that she was stunned by the charges.

Rachel "Bunny" Mellon told Newsweek that Edwards "would have been a great president" and that she still supports him.

A federal grand jury indicted Edwards last month on six felony counts related to money that was used to cover up his affair and child with Rielle Hunter, a videographer who chronicled his 2008 presidential campaign.

Edwards has maintained that the contributions were gifts and didn't need to be reported. He pleaded not guilty to the charges, and his trial is scheduled for October.

Mellon, who will turn 101 next month, met Edwards in 2006 through North Carolina decorator Bryan Huffman and told Newsweek that she immediately took a liking to the former U.S. senator.

"He was wise, he was clear, he was a very good person. I don’t like complicated people,” she said.

Mellon contributed more than $3.5 million to Edwards’ issues organization and to political-action committees supporting his candidacy. According to the indictment, Edwards and top aide Andrew Young asked her for personal cash for the senator, and she obliged after becoming upset about negative publicity he received over a $400 haircut.

Huffman was used as a go-between for the allegedly illegal campaign contributions, according to the indictment. Mellon's checks to him for items such as antique tables and bookcases were signed over to Young, who was living with Hunter during the 2008 campaign and pretending to be the father of her child, prosecutors have alleged.

“Bunny and I were the last people on earth who knew about the girlfriend and the baby," Huffman told Newsweek, adding that he regrets ever introducing Mellon to Edwards.

Mellon's lawyer, Alex Forger, told the magazine that the donations were funneled to Edwards in a way so that his late wife, Elizabeth, wouldn't know about it. "She was not enamored (with) his wife," Forger said.

The FBI twice visited Mellon at her estate in northern Virginia during the investigation, and members of her family testified before the federal grant jury in Raleigh.

Mellon said she and Edwards are "great friends," but grandson Thomas Lloyd, one of those who met with the grand jury, characterized the relationship as "a crush."

"I wish I could have 10 minutes in a room with John Edwards to explain that he’s doing nothing but tarnish her legacy and really taking advantage of her,” Lloyd, an investment adviser in Washington, D.C., told Newsweek.

“He’s done a very good job of maintaining the sense that ‘Bunny, I want to be your friend. Bunny, feel sorry for me in this predicament. We’ll get through this together,’” Lloyd said. “I think it’s awful.”