Black: 'I did not ever do anything for money in my pocket' 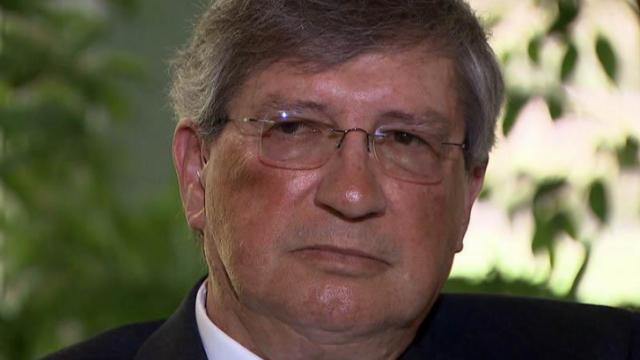 "I did not ever, ever do anything for money in my pocket," Black said Monday in an exclusive interview with WRAL News at his home in Matthews.

The 76-year-old Democrat reigned over the House for eight years before resigning his seat in February 2007 and pleading guilty to a federal corruption charge and entering an Alford plea to state charges of bribery and obstruction of justice.

Black served more than three years in federal prisons in Pennsylvania and Georgia before being released last fall to finish his sentence under house arrest. He also paid a $1 million fine on the obstruction of justice charge.

"I can't blame what happened to me on anybody else, and I don't," he said. "I didn't come out bitter. I did the best I could do."

During his time in prison, he said, he was treated fairly. But he said he spent 97 days in solitary confinement after another prisoner left a contraband cell phone in his bunk.

"I was blessed in a lot of ways. It gave me a chance to get closer to God," he said. "I knew the Lord well before I went to prison, but I can understand now why you find the Lord in prison because you get to your knees right away."

Power made Black a target

Black said he first became the target of a federal investigation in 2001, when agents looked into his connections to the video poker industry.

A few years later, the State Board of Elections held hearings into how Black raised money for legislative candidates, and federal authorities again became interested in his dealings.

He served 20 years in the House, representing part of Mecklenburg County.

Black compared politics to a football field, saying almost every power-broker steps out of bounds now and then. Anybody looking to take a politician down will seize on one of those moments, he said.

"If I could go back, I would avoid some of those times when I stepped on the sideline," he said.

Federal authorities said he solicited at least $25,000 in illegal campaign contributions from chiropractors between 2000 and 2005 to help shepherd legislation helpful to the profession through the General Assembly. Cash payments were made to Black in men's rooms, private clubs and elsewhere, and he deposited the money into his personal account and never reported the contributions to elections officials, authorities said.

The state charges stemmed from efforts to get the chiropractors to downplay the donations to a grand jury and from $50,000 paid to former Forsyth County Rep. Michael Decker to switch to the Democratic Party in 2003. The move helped Black retain a share of the speaker position in an evenly divided House.

Black said he pleaded guilty only to get out from underneath the investigation.

"There are some things that I just finally had to agree to to get it over with," he said. "I spent over $1 million in legal fees, so I told my lawyer to make a deal."

After his steep and swift fall, he said, he knows his critics will never believe his side of the story but he simply wants to get on with life now that he has served his sentence.

"I hold my head up high," he said. "I know what I did, and God knows what I did and what I didn't do better than anybody else."

Black's wife of 55 years, Betty, died recently after a long battle with Lou Gehrig's disease. He said he was grateful to be released from prison early so he could take care of her in her final months.

"When I thought she was not going to live, I started to make arrangements to come home for her funeral, and the only way they were going to let me come was to be in shackles, with a marshal on each side of me," he said. "I said, 'I don't think she would want me to do that.'

He has regained his license to practice optometry – he had surrendered it while in prison – and plans to work in his daughter's optometric practice. He also is writing a book about North Carolina politics.

In the end, Black said, he hopes he is remembered more for his accomplishments than for how his political career ended. He helped create the Amber Alert system for North Carolina, pushed for alternative education for inmates, helped balance several state budgets and expanded funding to the community college system.

He has no plans to run for office again, but he wants to speak to others about making the right choices.