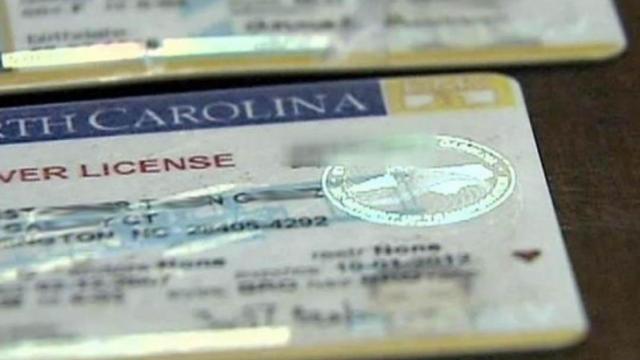 Raleigh, N.C. — A state lawmaker introduced a bill Wednesday that would require anyone seeking a North Carolina driver's license to be able to speak, read and write English.

The state Division of Motor Vehicles offers its written driver's tests in nine languages – English, Spanish, German, Russian, Arabic, Chinese, Japanese, Korean and Vietnamese – and people who speak none of those languages can take the test orally with the help of a translator.

House Bill 1963 would do away with the multiple versions of the tests. The bill's sponsor, Rep. Harold Brubaker, R-Randolph, said requiring English proficiency would save the state the expense of printing the foreign-language tests and improve safety on North Carolina roads.

"If you speak Chinese or Russian and can't read our signs and can't speak English, it's an absolute safety issue, and I think that needs to be addressed," Brubaker said. "People getting driver's licenses in North Carolina should be able to speak English."

Some area drivers support the idea.

"If you're here, I think you should at least know (the language)," Brian Thorp said. "If I go to another country – to Europe or South America or Asia – I would have to know that language to go ahead and take the test there. I think it's fair."

Daniel Chen said he liked being able to take his driver's license test in Chinese last year because he has trouble reading English. Some of the test questions use "advanced English," he said.

"I passed the Chinese version of the test in one time," Chen said. "(People) have the right to have the option to pass the test."

Pablo Escobar, a spokesman for El Pueblo, a nonprofit advocacy group for Latinos in the Triangle, said most traffic signs include images, not words, so it's unnecessary to understand English to be a safe driver.

"It doesn't really seem fair because there are a lot of people in this country of limited English proficiency that are legal residents, and some of them are also citizens," Escobar said.

The bill doesn't define what qualifies as being proficient in English, but Escobar predicted that, if the legislation were approved, drivers who couldn't meet the standard would simply drive without licenses and without insurance, which would negate Brubaker's goal of improving traffic safety.

"They're probably going to drive anyway, and they're not going to have the benefit of having had access to drivers education material (and) to have passed the test to make sure they're ready to drive," he said.