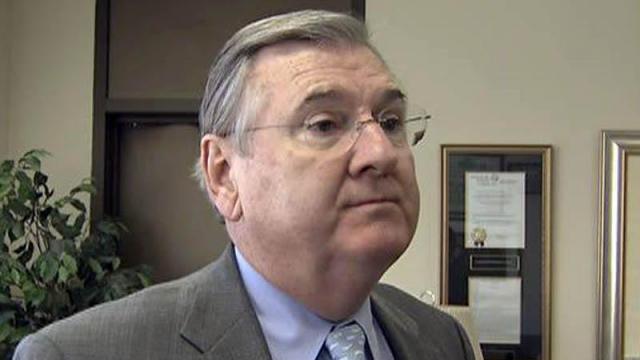 Raleigh, N.C. — Tony Rand is a big man who will leave a big political career on Thursday.

The 70-year-old Cumberland County Democrat, who has served as Senate majority leader for eight years, will resign his legislative seat to become chairman of the state Post-release Supervision and Parole Commission.

He spent much of this week packing up his legislative office, which is jammed with memories of everything from the 1953 legislative session that sparked his love of politics when he was a page, his first years in office in the early 1980s and the political cartoons that lampooned him.

During his career as a lawmaker, Rand has been a mover and a shaker. When Democrats wanted something passed, he often led the charge, whether it was a budget deal, business incentives or pushing through the state lottery.

He also was a prolific fundraiser for Democratic candidates and a key advocate for the University of North Carolina system and  the North Carolina Community College System.

"Education is the key to everything we do," he said this week.

Still, as his influence grew over the years, so did questions about his causes and his friends.

"When you have a position such as this, I suppose you're pretty well fair game," he said.

State employees, for example, argued Rand often fought for the interests of health insurance giant Blue Cross Blue Shield of North Carolina and not theirs.

"Guys like that, we're lucky to have," Rand said.

During a recent State Board of Elections hearing into allegations of campaign finance violations by former Gov. Mike Easley, Fayetteville car dealer Bobby Bleecker took heat for supplying Easley with a free SUV for several years. Easley paid Bleecker for the vehicle in April after reporters starting asking questions about it.

Rand serves on Bleecker's board of directors and gets a free car from the dealership.

The company has sold thousands of dollars in equipment through no-bid contracts to state agencies, and the purchases are under review. The insider trading allegations are part of a federal civil suit filed by a former LEA executive.

"What other people do, you have no control over. That will play itself out," Rand said of the allegations against him. He maintains that he doesn't blur the lines between politics, his business interests and his friends.

A student of history and a storyteller, his loyalties run deep. When the Duke University basketball team won a national championship, for example, the University of North Carolina at Chapel Hill graduate had his name added to the official proclamation passed by the General Assembly.

"This year's team has the respect and pride of all North Carolinians except Tony Rand," the proclamation reads.

"I've spent most of my adult life opposing Duke at every turn," he said with a laugh.

As his time as a lawmaker draws to a close, he says he's leaving behind a work in progress.