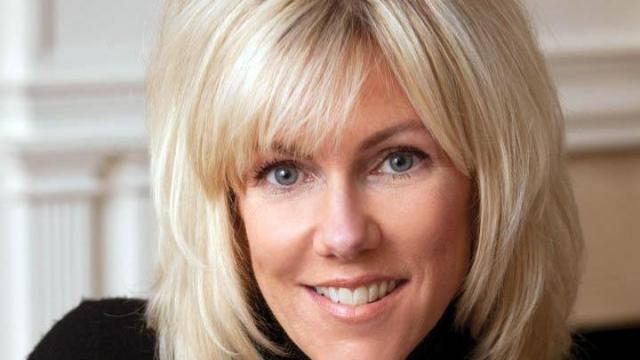 Raleigh, N.C. — A one-time aide to John Edwards was the mastermind behind schemes to get money from political donors, the two-time presidential candidate's former mistress says in her new book.

Rielle Hunter's memoir, "What Really Happened: John Edwards, Our Daughter, and Me," went on sale Friday.

Edwards hired Hunter to produce behind-the-scenes videos during his 2008 presidential campaign and wound up having an affair and a daughter with her. He denied the affair until six months after he dropped out of the race for the White House and waited until early 2010 before admitting paternity of Frances Quinn Hunter, now 4.

Federal prosecutors accused Edwards of using nearly $1 million from two wealthy donors to hide Hunter from the public during the early weeks of the campaign, but a jury cleared him last month of accepting illegal campaign contributions. Jurors deadlocked on five other charges, and prosecutors said last week that they have no plans to try Edwards a second time on those charges.

Hunter was never called as a witness in the case, despite receiving a guarantee of immunity from prosecution from government attorneys. She writes, however, that her book amounts to her testimony of her relationship with Edwards and her involvement in the cover-up.

"I am not writing this book as a defense, but everything in it I would repeat under oath. It is the truth. Our daughter deserves that," she wrote.

She called the book "a love story" and said she wanted to write it to get the truth out, noting that she continues to learn new facts about different episodes from the campaign and cover-up.

Hunter blames former Edwards aide Andrew Young for the cover-up, saying it was his idea to claim paternity of Quinn during the campaign and his idea to solicit money to help cover her expenses.

Young was the government's star witness in Edwards' trial. He spent five days on the witness stand, detailing his long history with Edwards and the schemes used to get money to hide the affair and keep the presidential campaign going. Defense attorneys painted him as a liar, however, and noted that he spent much of the money that was supposed to go to Hunter on a house he and his wife were building near Chapel Hill and on other personal expenses.

"What I believe is this: Had Johnny known about the money that he supposedly solicited for me, he would have said something to me about it. He would have wanted to make sure that I, his girlfriend and mother of his child, was getting the money – all of it," Hunter wrote. "I mean, really? Andrew the employee, who was already making a substantial salary from Johnny, gets $84,000 and the unemployed girlfriend and mother of his child gets $16,000? Are you kidding me?"

She said Edwards went along with Young's ideas to keep his ailing wife, Elizabeth, from learning that the affair had continued long after he had told her it was over and that Hunter was pregnant.

"I believe Johnny was looking for a life raft to keep himself floating, without her finding out, while he waited for a natural exit from the race, not to be forced out by a tabloid," she wrote. "I don’t believe his saying yes to Andrew’s idea was ever intended to keep his bid for the White House alive.”

Hunter doesn't mince words regarding her opinion of Young, whom she calls "deceptive," or of Elizabeth Edwards, who died of cancer in December 2010.

Young fell in love with Edwards, she wrote, and then found an excuse in her pregnancy to extort money from the donors without Edwards knowing.

"Andrew could pitch Mastercard for his own commercial: Used BMW for the boss' mistress, $28,000; rental house for her, $2,700; ob-gyn bills, $2,500; using the boss' mistress as your cover and lying to everyone about the money you solicited using his name but kept for yourself, priceless."

Hunter also wrote that the "wife as innocent victim" image didn't match the reality of the Edwardses' marriage, which she maintains had been "off the rails" for years.

"What was important to Elizabeth was how she was perceived, what people thought about her, and anything – including the factual truth – that didn’t fit into how Elizabeth wanted to be perceived would cause an extreme reaction. She would go on a venomous attack with complete disregard to the people she was hurting,“ she wrote.

"I underestimated her desire not to know, as well as her attachment to her life in denial. And even more importantly, I underestimated Johnny’s fear of her wrath,“ she continued.

Hunter closes the book by saying she's unsure what the future holds for her and Edwards.

"Johnny and I, because of or despite the fact that we fell head over heels in love, have been through so much awfulness, hardship, heartache and media scrutiny with the wrath of America directed at us, that I think it would appear to almost anyone that the odds of us making it for the long run are not good," she wrote.

"I can honestly say that the ending is of no concern to me anymore. The love is here."