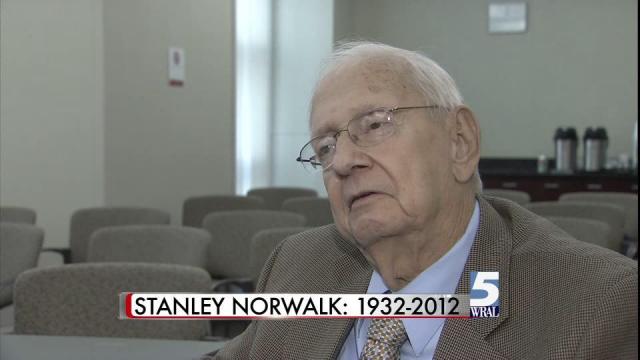 Stanley Norwalk, a former member of the Wake County Board of Commissioners and one of the founders of WakeUp Wake County, died Thursday in Kansas, where he had moved after retiring from public life in North Carolina.

Norwalk entered local politics after a long career at Union Carbide. He lived in Cary and served on the Wake County planning board and the Cary Economic Development Commission in addition to his three years as a county commissioner. In each of those roles, he was a leading voice for planned, sustainable growth.

He resigned his county post in 2011, and he and his wife moved to Kansas to be closer to family as his health declined. According to an obituary published in the Kansas City Star, his death came on the 60th anniversary of his marriage to wife Marcia.

He leaves behind two daughters, three grandchildren and one great-grandson.