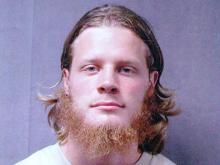 Personal:
- Son of suspect Daniel Patrick Boyd and brother of suspect Dylan Boyd
- Graduated from West Johnston High School in 2007
- Attended UNC-Pembroke for one year
- Planned to move to Bosnia, according to FBI testimony

Study the numbers behind the pandemic