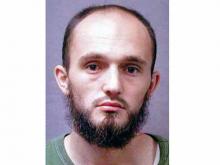 Personal:
- Moved to U.S. in 1999 because of civil war in Kosovo
- Lives in Raleigh with his family
- Married, and pregnant wife lives in Kosovo
- Planned to move back to Kosovo

Studying the numbers behind the pandemic