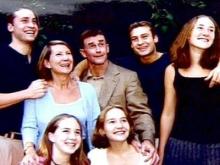 Dec. 9, 2001: Kathleen Peterson, a Nortel executive and activist for the arts, is found dead early Sunday morning at the base of a staircase in her Forest Hills home in Durham. Her husband, Mike Peterson, tells 911 operators his wife was injured in a fall.

Dec. 13: Kathleen Peterson is buried. According to the state medical examiner, she died from a blow to the head and that her injuries are also consistent with a fall down a flight of stairs, but investigators try to conclude whether the fall was accidental.

Dec. 18: Mike Peterson hires high-profile criminal defense attorney David Rudolf. Police have not charged Peterson with any crime or even named him a suspect in Kathleen's death. Rudolf has been credited with saving Carolina Panther Rae Carruth from a possible death sentence.

Dec. 20-21: Mike Peterson surrenders to Durham police after a Durham County grand jury indicts him on first-degree murder charges. To indict, a grand jury needs only find that there is reasonable evidence that a crime has been committed, which is not the same level of proof needed for a conviction at trial. The next day, Mike Peterson is denied bond and must remain in the Durham County Jail through Jan. 22.

Jan. 14, 2002: A judge sets bond for Mike Peterson at $850,000, and he is released from jail. Peterson learns that the prosecution will not seek the death penalty if he is found guilty of killing his wife.

Feb. 14: The Peterson family enlists the services of forsenic specialist Dr. Henry Lee, who was a key figure in the O.J. Simpson murder trial. Lee spends nearly four hours at the Peterson home looking for various samples, then returns to Los Angeles.

Feb. 18:  Kathleen Peterson's autopsy results are released to the public. The report says she had at least seven deep cuts to the back of her head and bruises on her hands, arms and face. The report said there were signs of a struggle and concluded the injuries were not consistent with a fall down the stairs, which is how Mike Peterson said his wife died.

Feb. 20: Kathleen Peterson's autopsy photos are released to the public. Lawyers for Mike Peterson had asked the state Attorney General's Office to seal the pictures until after the trial. The AG's office refused to intervene, and under North Carolina law, the pictures are considered public record.

March 4: Kathleen Peterson's autopsy photos are released to the public. Lawyers for Mike Peterson had asked the North Carolina Attorney General's Office to seal the pictures until after the trial. The AG's office refused to intervene, and under North Carolina law, the pictures are considered public record.

March 18: Mike Peterson breaks his silence, proclaiming his innocence in his wife's death.

May 10: Durham District Attorney Jim Hardin presents the autopsy of Elizabeth Ratliff. Ratliff, who died in Grafenhausen, Germany in Nov. 1985. The report states the former friend of Mike Peterson died of a stroke. It also states she was found at the bottom of a staircase with several deep cuts to her scalp. Peterson was reportedly the last person to see her alive.

Oct. 4: Todd Peterson, Mike Peterson's son, claims he was at a party with a female friend the night of Kathleen Peterson's death. His friend's lawyer, Tom Loftin, takes the stand about her story. Loflin says police wanted to know if it was an alibi for Todd, and whether he left the party to go back to his father's house.

Oct. 18: Candace Zamperini, Kathleen Peterson's sister, takes the stand to discuss a TV interview where she mentioned a murder weapon. Mike Peterson's attorneys say investigators are sharing evidence with Zamperini and she should be admonished. Judge Orlando Hudson refuses the request, saying she has a First Amendment right to speak.

Feb. 18, 2003: Elizabeth Ratliff's two daughters, Margaret and Martha, – now Mike Peterson's legal wards – give the Durham District Attorney's Office permission to exhume their mother's body from her Texas grave. They are reluctant to allow the exhumation, but say they want to clear Mike Peterson's name.

April 14: Officials exhume the body of Elizabeth Ratliff at Cedar Vale Cemetery in Bay City, Texas. Authorities are scheduled to bring her remains to Chapel Hill for an autopsy.

May 5: Jury selection begins. It is expected to take weeks.

June 18:  Durham prosecutors take their investigation overseas to Grafenhausen, Germany. They visit the house where Elizabeth Ratliff died, examine the stairs where her body was found and question a former neighbor who remembers seeing Mike Peterson quickly leaving the home the night Ratliff died.

Oct. 10: After four days of deliberation, a jury finds Mike Peterson, now 63, guilty of first-degree murder. He is sentenced to life in prison.

Oct. 10, 2005: One of Mike Peterson's defense attorneys, Tom Maher, files for an appeal, saying the alleged pursuit of a same-sex relation and the death of Elizabeth Ratliff are two reasons why his client did not get a fair trial.

June 14, 2006: Mike Peterson, who has been declared indigent, files for bankruptcy, indefinitely delaying a civil trial to determine a damage amount in the wrongful death lawsuit filed by Caitlin Atwater.

Sept. 19: A three-judge Court of Appeals panel, with one judge dissenting, rejects Peterson's arguments that his trial was filled with inflammatory, irrelevant evidence and judicial mistakes that prevented him from getting a fair trial.

Feb. 1, 2007: Mike Peterson and Caitlin Atwater agree to a $25 million settlement in the  wrongful death lawsuit. Jay Trehy, an attorney representing Atwater, says Peterson probably won't be able to pay but that a civil judgment would show that Kathleen Peterson's life had value.

Nov. 12: Jason Anthony, a Richmond, Va., attorney files a motion on behalf of Mike Peterson alleging that prosecutors withheld evidence of a tire iron during the trial.

Get the latest updates