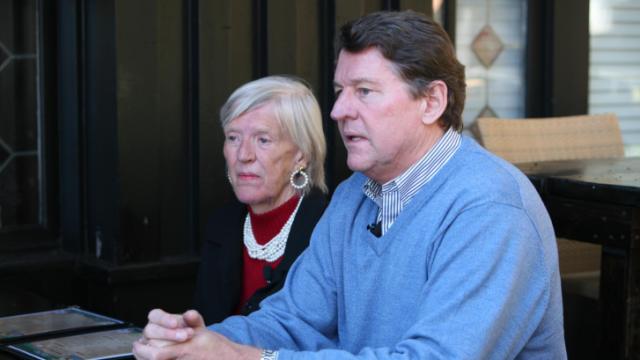 Soon after WRAL reporter Cullen Browder and photographer Greg Clark started shooting their series of stories on Alzheimer’s patient Lo Lo Shoolbred last fall, Cullen contacted me about the access Lo Lo’s son Dave had granted and the intimate and insightful material they were capturing.

Cullen said they had much more material than they would ever need for their series of news stories and suggested the idea of expanding Lo Lo’s story into a half-hour documentary. I thought it was a great idea and so did our management.

The first thing I did was go through all the material Cullen and Greg captured to help determine what else we might need and how best to present Lo Lo’s story in a longer format.

My first thought was that we needed to present Lo Lo as a person and not just a patient. I felt that we needed to paint a portrait of the vibrant and dynamic woman Lo Lo was before Alzheimer’s to help viewers understand how the disease has affected the Lo Lo they see now.

My second thought was that we needed in-depth interviews with Lo Lo’s immediate family members to capture their reactions to what they were seeing happen to Lo Lo and to react to what we see and what viewers will see in the footage captured by Greg and later by Jay Jennings.

Our hope is that the documentary will help people understand some the challenges faced by the families of those struggling with Alzheimer’s. We also hope that other families touched by this insidious disease will find inspiration in the courage shown by Lo Lo’s family.

Documentary producer and writer Clay Johnson provides some behind-the-scenes insight into the production of WRAL documentaries.