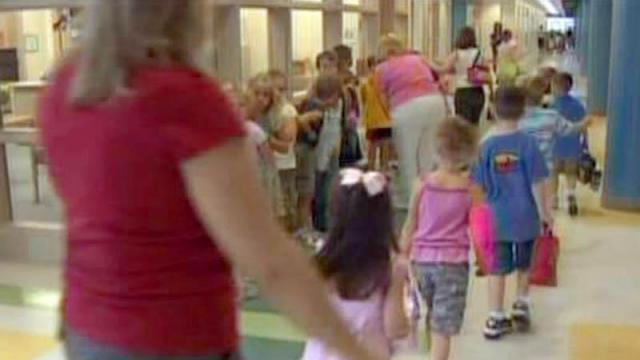 At its first meeting since the full board finalized a new assignment policy that drops efforts to balance diversity in all 60 schools in the county, the committee of three board members and nine community members got a rundown from the district's Growth and Planning Department about the computer model the district has used for almost a decade and what an update will allow.

There also was a surprise moment during the meeting when board member John Tedesco, the chair, was given a statement from board Chairman Ron Margiotta to read to the group.

The suggestion surprised members Kevin Hill and Keith Sutton, who said after the session that they had never heard the idea before. Making magnet schools year-round with a track system would make it harder for some parents to use them because it complicates childcare arrangements, they said.

Margiotta also urged the committee to "place emphasis on the importance of keeping communities and neighborhoods together.... Stability in assignment must be a factor considered in the plan development."

During the meeting, two of the committee's community members who are also veterans of a committee that used to advise district staff about assignments made it clear that meshing several goals for assignment is a tough task.

"In high-growth areas, stability is going to be the same problem with the new policy" that it was with the previous one, member Ann Sherron said.Member David Williams echoed her sentiment, saying stability was important to many parents. He also noted, however, that parents in different parts of the county had different priorities.

The board majority elected in November has made it a priority to assign as many students as possible near their homes, but the system also has to balance available seats in the schools it has.

In some instances, that means children from attendance "nodes" on the district map are bused miles away, a practice Tedesco is determined to end.

There will be, he vowed, no "donuts" of small areas being sent far afield while areas around them stay in community schools.

New programming being done now on the district's Growth Management Utility computer program will allow the committee to see the district's population down to the level of individual properties rather than just in the larger nodes, which can encompass several blocks of apartments or square miles of less densely populated areas.

Staff also told the group that the current student population of just under 140,000 students is expected to grow to 143,000 for the 2010-11 year even with reduced projections because of the recession.

Tedesco's committee will meet twice a month to work on data and details, he said, and then will hold "seven to nine" community meetings to introduce its plan and gather public reaction.

Tedesco hopes to begin using the community-based system for the 2011-12 school year, then have it drive all assignments for 2012-13.

The school system is ending the first year of an assignment plan designed to minimize transfers for three years.

Tedesco said that stability in feeding students through schools in their communities is a high priority under the new plan.