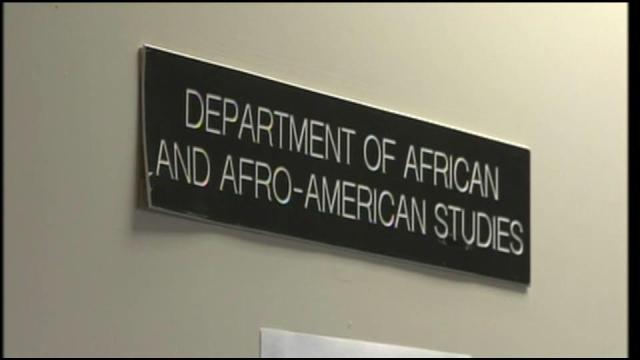 Chapel Hill, N.C. — In a report released Thursday, a faculty subcommittee at the University of North Carolina at Chapel Hill found that Tar Heel athletes told interviewers that they were directed to classes in the African and Afro-American Studies Department by staffers in the Academic Support Program for Student Athletes.

“It seems likely that someone on the African and Afro-American Studies Department called athletics counselors to tell them courses would be available,” the report states.

“I hope not. I believe that they understand their responsibility to support the student and to help them make wise choices, but it is not in their purview to direct students to particular courses," said Senior Associate Dean Bobbi Owen to a Board of Governors member who asked if the academic support staff was steering athletes to particular classes.

The subcommittee’s report did not find any errors in an initial internal investigation by UNC into the African and Afro-American Studies Department and said that “there was a clear finding that only the former chair Julius Nyang’Oro and Deborah Crowder, a former staff member had been involved.” However, they did say they were “struck by the potential confusion” for student-athletes being advised by athletic-support personnel and academic advisers.

Interviews by the subcommittee revealed varying accounts of who signed off on student forms for athletes. The root of the confusion comes from the fact that there are two separate advisory buildings – the Steele Building, used for academic advising, and the Loudermilk Center, which was designed for student-athlete academic purposes. The issue boils down to what the report calls, “an absence of systematic or regular communication between the athletic department and the university as a whole.”

Further interviews suggested that athletic advisers were discouraged from contacting faculty to discuss courses offered and were instead guided to the associate directors at the Loudermilk Center – those whose salaries are paid by the athletics department.

The findings also present a continued sense of secrecy coming out of the athletics department and the subcommittee’s report calls for more transparency throughout the university.

They state, “We were struck in general by the lack of sharing of information about athletics, athletic advising and the relationship between athletics and academics, to various constituencies across the campus, including the faculty.”

The report also recommends outside experts be brought in to look at how academics and athletics interact. UNC Chancellor Holden Thorp says he is supportive of that recommendation.

The subcommittee is the latest to take on the topic of athletics and academics at UNC, and within the African and Afro-American Studies Department in particular, since questions emerged when the NCAA began looking into the Tar Heel football program in 2009. The result of over-investigating in the opinion of the subcommittee is hindering the process.

“Most recently, there appears to be another example of duplication of efforts with an investigation initiated by UNC System President Tom Ross and undertaken by the Board of Governors,” the report reads. “The result is, on one hand, a sense of over-investigation by those called in for continual questioning, and on the other hand, little sense that the faculty and administration as a whole have a clear grasp at the larger issue at stake.”

The subcommittee’s final recommendations include centralizing advisers and putting in place a system for signing off on course forms. They suggest that in the case of student-athletes, advising should be done on the academic side and approved by the athletics side and not the other way around.

The report also suggests that there should be more monitoring of student records and transcripts and more oversight in university departments.