New York City will end marijuana arrests for most people 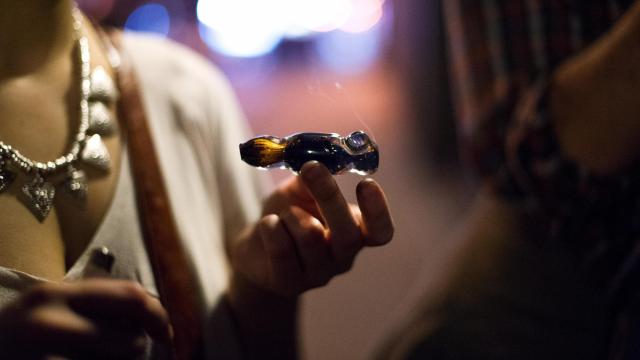 NEW YORK — The New York Police Department will spare many people who smoke marijuana in public from getting arrested and will give them a ticket instead, but not if a person has certain kinds of past arrests or convictions, Mayor Bill de Blasio said Tuesday.

The changes, which are set to take effect Sept. 1, will move New York City another step closer to eliminating a vast category of arrests that no longer exists in some states. But for New Yorkers on probation or parole or who have open arrest warrants, getting stopped for smoking marijuana will continue to mean being handcuffed and taken to a police station house for fingerprinting.

The plans were announced in East Harlem by de Blasio and Police Commissioner James P. O’Neill, who in May convened a 30-day working group to review the issue. Around 17,500 people are arrested each year on marijuana possession charges, but de Blasio said about 10,000 of those arrests would be eliminated under the new policy.

“We’re doing what we can do right now,” de Blasio said at a news conference.

The announcement came one day after the state health commissioner said a forthcoming report would recommend the legalization of recreational marijuana.

In recent months the city’s rationale for arresting thousands of people a year, most of them black or Hispanic, on marijuana possession charges, has crumbled. De Blasio vowed last month to “end unnecessary arrests,” only months after he said the annual arrest count was “a normal level in the sense of what we were trying to achieve.”

The Police Department, which had defended the arrests as a necessary response to residents’ complaints about marijuana, conceded that a large category of marijuana arrests had no public safety benefits.

Some people caught smoking in public will be given a criminal summons instead of being arrested, the mayor said. But others, including people who were already the most likely to face serious consequences for being accused of marijuana possession, will continue to be arrested.

Among people who will still be arrested are those on probation or parole; those with a misdemeanor or felony arrest warrant; those without identification; those who have recently been arrested for a violent crime; and those deemed to be endangering the public by, for example, smoking in the driver’s seat of a car. Police officers can also arrest someone if they persuade a supervisor that it is the right approach.

In carving out those exceptions, the city is endorsing a strategy in which police officers will continue to arrest some people for smoking marijuana, not because officials believe smoking merits an arrest in and of itself, but because those people have a criminal history.

Black people were arrested on low-level marijuana charges at eight times the rate of white people in New York City over the past three years, despite the fact that government surveys have shown that black and white people use marijuana at roughly the same rate.

Some of the categories of people who will still be arrested for smoking in public are overwhelmingly nonwhite, too. For example, as of 2007, three-quarters of the people on probation in New York City were black or Hispanic, compared to 17 percent of probationers who were white, according to the most recent publicly available probation profile.

Research has found “there is no good evidence” that marijuana arrests in New York City are associated with reductions in serious crime.

Police said in February that the disparity resulted from more residents in predominantly black and Hispanic neighborhoods calling to complain about marijuana. But a New York Times analysis found that among neighborhoods where people called about marijuana at the same rate, the police almost always made arrests at a higher rate in the areas with more black residents.

Criminal summonses for marijuana possession have climbed in New York City and marijuana arrests have fallen since de Blasio said in late 2014 that police would largely give summonses instead of making arrests for carrying personal marijuana and reserve arrests mainly for smoking in public.

Two-thirds of those given criminal summonses for marijuana possession last year were black or Hispanic, and 13 percent were white, with the race of many of those ticketed — the vast majority in certain precincts — not specified in police records, according to data the Police Department provided to the City Council.

In the first four months of this year, 80 percent of those ticketed for marijuana possession were black or Hispanic.