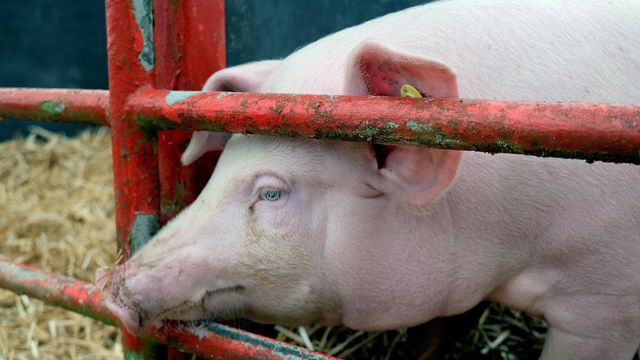 Show dogs have always been given a lot of attention — there have even been movies made about them — but dogs aren’t the only species to bring out their owners’ competitive side.

“Pig Royalty” delves into the show pig scene in Texas, and People has offered an exclusive sneak peek at the new series, which premieres on Discovery+ on March 23.

According to People, the show follows two well-known families in the world of Texas show pigs, the Baleros and the Rihns. Viewers should prepare themselves for “plenty of rumors and big drama” because “pig people aren’t afraid to get a little dirty to earn the top spot and big money.”

“Pig people are very different,” writes the publication on Twitter, revealing that the world of show pigs is “wildly dramatic.”

Mortys reveals that the Balero family is headed up by mom Michelle, whose champion daughters McKayla, McKenzie and McCall are known as “the hog queens.” They have a reputation for drama, and reportedly see themselves as the pig world’s royal family.

Their arch rivals in the pig show circuit are the Rihns: matriarch Jodi, her daughters Kammi and Keylie, and 12-year-old son Kannen. But biting at their heels (or should that be hooves?) are the Tyks. Each family is after the ultimate prize — the right to say that they have the best, most celebrated pigs in Texas.

It’s the first time pigs have gotten some of the small-screen limelight, and many of us might not be too familiar with these farm animals. For instance, did you know that despite their rather grubby reputation, they’re actually very clean animals? According to World Animal Protection, pigs refuse to defecate where they sleep or eat, if given the choice, and even newborn piglets will leave their sleeping areas to go to the bathroom.

Another misconception about pigs’ hygiene comes from the phrase “sweating like a pig.” They actually don’t really sweat at all, because they don’t have many sweat glands. To keep cool, they roll around and sleep in mud and swim in water.

Perhaps it’s time to learn even more about these fascinating animals. Will you be watching “Show Pigs”?