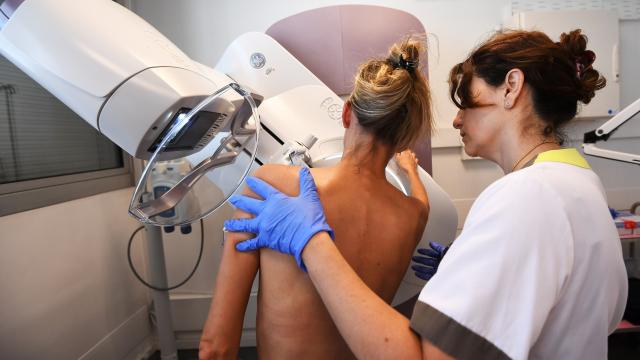 (CNN) — UK scientists have developed an online calculator that could enable doctors to more accurately predict a patient's chance of developing breast cancer.

If rolled out, the new tool could change the way in which the condition is treated.

Among other things, details of family history, genetics, weight, alcohol consumption, age at menopause and use of hormone replacement therapy will all be considered by doctors when assessing a woman's risk of developing breast cancer -- the most common form of cancer in the UK.

Each of these factors has "a small impact on the likelihood of developing the disease," according to the study published Tuesday in the journal Genetics in Medicine. But combining them paints a better picture and enables doctors to work out how risks may differ between different women.

The result is more precise than ever before, as more than 300 genetic indicators have been taken into account, says Cancer Research UK who co-led the study.

"This is the first time that anyone has combined so many elements into one breast cancer prediction tool," said the study's lead author, Antonis Antoniou, Professor of Cancer Risk Prediction at Cambridge in a statement.

Around 627,000 women died from breast cancer worldwide in 2018, according to the World Health Organization.

It is the most common cancer in women in the United States, where about 41,000 women and 450 men die each year from the disease, according to the US Centers for Disease Control and Prevention.

In the UK, 55,000 women and 350 men will be told that they have the disease this year. The country has one of the lowest breast cancer survival rates in Western Europe and around 11,500 women are likely to die of the condition in 2019.

The online calculator is currently being tested by some general practitioners, practice nurses and genetic counselors in the UK, as well as in France and Germany, before being considered for wider use. If rolled out more widely, Antoniou believes it could have a huge impact.

"It could be a game changer for breast cancer because now we can identify large numbers of women with different levels of risk -- not just women who are at high risk," he said in a statement to CNN.

The UK's current system of screening and prevention to reduce morbidity and mortality from breast cancer focuses on more frequent mammograms and the use of chemo-prevention drugs, like tamoxifen, for women considered high-risk. These patients are identified through family history or screening of genes like BRCA1 and BRCA2.

But according to the researchers, a broad range of factors affect a person's level of risk of developing breast cancer and should be taken into account.

Medical professionals currently trialing the online tool are prompted to answer a series of questions about their patient, including their medical and family history, whether they have any known genetic alterations linked to cancer, their weight and whether they drink alcohol.

The results would potentially allow for personalized screening programs, based on the individual's calculated risk. For example, it may determine at what age the patient is first invited for a breast screening and how frequent subsequent appointments are.

Professor Douglas Easton, professor of genetic epidemiology at Cambridge, worked closely with Antoniou. He told CNN that the current pilot would likely last for a year or two, after which it would hopefully be rolled out.

He said: "Some of the components have been in place for some time, such as predicting the risk in terms of family history and some of the known genetic indicators."

"What's new here is that we are combining this information with all the other factors. That hasn't been done before in a reliable way.

"We will obviously be following up the women in the pilot, but we have quite a lot of information already to know that the model is accurate so we are fairly confident that it predicts the right result."

He believes the new tool will help doctors to tailor the care they provide depending on their patient's level of risk. "For example, some women may need additional appointments with their doctor to discuss screening or prevention options and others may just need advice on their lifestyle and diet," he said.

"We hope this means more people can be diagnosed early and survive their disease for longer, but more research and trials are needed before we will fully understand how this could be used."

Dr Richard Roope, clinical lead for cancer at Cancer Research UK said: "Research like this is hugely exciting because in the future it will enable us to offer much more tailored care which will benefit patients and make best use of the services that we have available.

"Although having an increased risk of breast cancer means a woman is more likely to develop the disease -- it's by no means a certainty. A woman at high risk may never get breast cancer just as a woman at low risk still could.

Dr Luca Magnani, a senior research fellow from the department of surgery & cancer at Imperial College London, who wasn't involved in the study, cautiously welcomed the development.

"This risk calculator is obviously an advance to what is currently done in the clinic," he told CNN. "The researchers have now summarized all previous knowledge under one roof, basically combining all known risk factors for breast cancer into one model. The nice thing about this is that it combines risk factors of a very different nature, say genetic, hormone exposure and lifestyle in general."

"Overall," he cautioned, "it is going to be essential to test this tool in prospective patients to show how effective is this strategy compared to current standard."