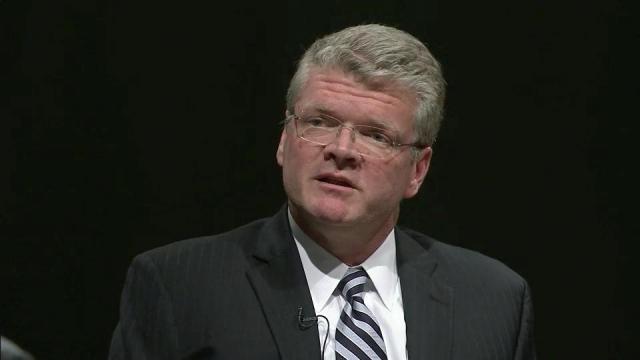 Raleigh, N.C. — A study released this week by the Public School Forum of North Carolina found "a stark and growing gap in public school funding between the highest and lowest-wealth counties in the state."

“North Carolina’s wealthiest counties are able to invest much more in their local schools because they have a much higher property value base to generate revenue,” Public School Forum President and Executive Director Keith Poston said in a statement.

“The wide and growing gap is certainly not because of a lack of effort by county governments in the poorer parts of the state," Poston added. "In fact, the 10 poorest counties tax themselves at a much higher rate than the 10 wealthiest counties in an effort to keep up, but simply can’t because the amount of revenue that can be generated is substantially lower due to the small tax bases.”

“Policy decisions at the state level have helped by providing additional funds for the state’s smallest and lowest-wealth counties, yet investments in schools still vary dramatically by zip code,” Poston said.

“This year, the General Assembly is considering options to overhaul the state’s school finance system,” Poston added. “Our concern is that a new system alone that does not address adequacy and equity will not change these trend lines and will continue to leave poorer counties behind. We encourage our legislators to ensure that adequacy and equity in school finance remain top priorities.”

For more than 25 years, the Public School Forum of North Carolina has isolated local spending from state and federal spending to examine the capacity and actual effort of counties to support public schools. The annual Local School Finance Study focuses not only on the amount that counties spend on schools, but also on each county’s investment in the context of that county’s taxable resources.

“The end result is our poorest counties continue to fall further behind our wealthier counties in terms of resources available to their local schools,” Poston said. “Young people born into one of the state’s economically thriving counties will have levels of investment in their education not shared elsewhere in the state; perpetuating a “have” or “have not” scenario for children’s access to high quality education based solely on zip code.”

Under North Carolina’s state constitution and school finance laws, it is the state’s responsibility to pay for instructional expenses (including personnel), while county governments pay for capital expenses (buildings and maintenance) unless there are statewide bond referendums or other state solutions.

The Local School Finance Study has been used over time by district finance officers, county commissioners, school board members and other state and local education officials to frame debates about school funding and state and local priorities.