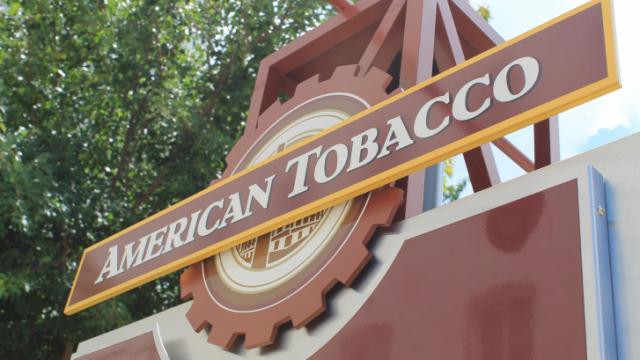 Scott Howell, the chef behind Durham favorite Nana's, announced Wednesday morning that he will be opening an Italian steakhouse in a new building next to the Durham Performing Arts Center.

Nanasteak will be in the same building as the upcoming Aloft Downtown Durham hotel. The 4,600 square-foot restaurant is planning to open in spring 2015, coinciding with Aloft's opening.

"American Tobacco Campus is the heart of downtown Durham. Its proximity to the DPAC and the ballpark puts us right in the middle of the best entertainment the Triangle has to offer," Howell said in a statement. "We're excited about what’s going on in the area and are thrilled to be part of the American Tobacco community. Truly, the space is amazing. The 25-foot high ceiling. The glass walls and drama of looking out over downtown and American Tobacco."

Nanasteak will feature seating for about 180 people between their inside and outdoor patio. Lunch and dinner offerings will include menu items prepared on a wood burning grill and a French rotisserie. The bar will house an extensive wine list and cocktails.

This is Howell's fourth restaurant in the Triangle. In addition to Nana's, he also owns Nanataco and the upcoming Bar Virgile.

For Nanasteak, Howell has teamed up with longtime associates, brothers Brad and Graham Weddington, and operations manager Aubrey Zinaich-Howell.

Capitol Broadcasting Company owns American Tobacco Campus and WRAL. CBC vice president of real estate, Michael Goodmon, said Nanasteak will help round out a vision for ATC to be the premiere place in the Triangle for dining.

"American Tobacco’s goal is to be a peerless destination for top drawer entertainment and restaurant experiences,” Goodmon said in a statement. “The feast of sights here is unmatched. Our outdoor spaces are always humming. We’re bringing in a greater variety of price points and cuisine styles. As we celebrate our tenth anniversary, American Tobacco is more than ever the place to be – and Nanasteak is a great example of why.”

American Tobacco will be celebrating its 10th anniversary with a block party on Sept. 7. From 1-5 p.m., the event will celebrate the old campus and its recent additions and offer tours of campus places not always available to visitors.