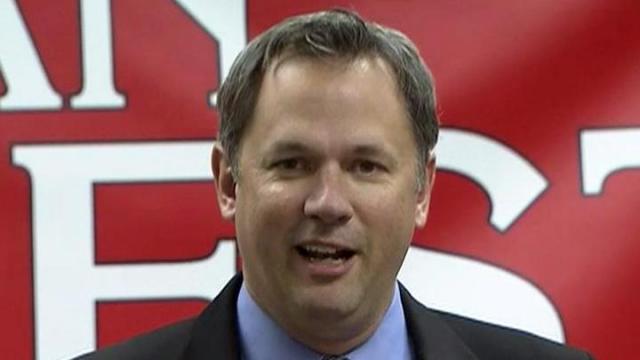 Raleigh, N.C. — Lt. Gov. Dan Forest will have support in his 2016 re-election bid from a new independent state-level committee formed by a Charlotte political consultant and a businessman who gave heavily to Forest's 2012 campaign.

Truth & Prosperity Inc. is a state-level PAC but will operate much like a federal super PAC. Because it is not directly affiliated with any candidate and is forbidden from coordinating with candidates, it may raise and spend unlimited money from individuals and businesses.

"Our primary focus and priority is the re-election of Dan Forest," said Alfredo Rodriguez, founder and president of Dyce Communications, a political consulting firm that has worked for the likes of 10th District Congressman Patrick McHenry and 6th District Congressman Mark Walker, both North Carolina Republicans.

Rodriguez is the PAC's executive director. David Longo, the founder of CBI Interiors of Charlotte, is the PAC's treasurer.

CBI loaned the state office furniture for the lieutenant governor's office, Hawkins-Hartness House on Blount Street, just after Forest was sworn into office. Longo was also a major donor to Forest's 2012 campaign, giving $12,000 himself. Donations from the Longo family and CBI employees totaled $58,950 during that campaign.

In addition, Longo gave $75,000 to Citizens for Accountability, a PAC formed in 2012 by former Union County District Attorney John Snyder that supported Forest.

Forest is unlikely to face a Republican challenger in the primary. At least two Democrats, Buncombe County Commissioner Holly Jones and former state Rep. Linda Coleman plan to run for their party's nomination.

"The mission and commitment of Truth and Prosperity Inc. is to identify, recruit, and support qualified candidates and elected officials who promise to pursue an agenda of free enterprise, limited government, individual liberties, and traditional American family values with honesty, integrity, and transparency," says a news release from the PAC.