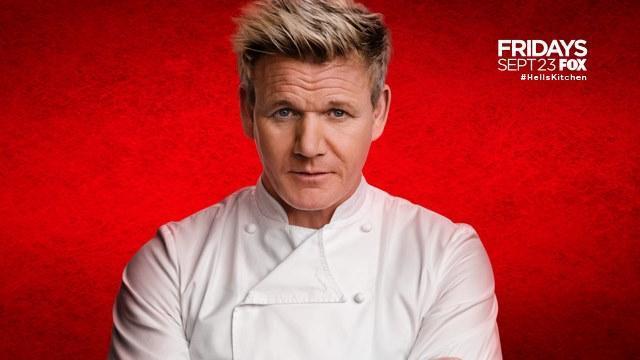 Hollywood, Calif. — A Raleigh chef will be trying to stand the heat on season 16 of "Hell's Kitchen." The reality cooking competition's new season premieres Friday on Fox50.

Chef Jessica Boynton, who works at the Oval restaurant on North Carolina State University's centennial campus, will be one of the competitors hoping to win a spot as the next head chef at Chef Gordon Ramsay's new Las Vegas restaurant.

In a one-on-one interview with WRAL's Ken Smith, Ramsay revealed a lot about the new season - and about the serious chef he is underneath the intimidating facade.

"It's really tough," he said, talking about the competition in the show. "I'd like to see anyone in there for a night. They probably wouldn't last two minutes."

"Hell's Kitchen" has a lot to do with gourmet food - but that's only half the battle. This season, 18 contestants will be introduced to a U.S. Army training boot camp to test their endurance before Ramsay even allows them into the kitchen. Officials say intense culinary challenges and dinner service drills make "Hell's Kitchen" a far cry from "your average cooking show."

Ramsay also revealed that, while "Hell's Kitchen" is being filmed, he shuts everything else out.

"It's all about the food," he said. "For me, it's not TV, because when I walk into the [kitchen] and open up those doors, I do all the testing, trying all the sauces and finishing all the dishes. When those curtains are up, I'm in a restaurant, and I never, ever, ever come out of that mode."

When asked about the new chefs he'll be mentoring this season, Ramsay revealed even more.

"I think the big difference for the contestants this year is that they are a yard away from the dining room, so they literally get to see, feel, hear and understand the frustration."

"Kitchens are boisterous, tempestuous, tough places to survive. You're not flipping burgers or dressing Caesar salad here - you can do that with your eyes closed. Here, we're cooking at the extreme top. We're cooking at the very best level with the best ingredients flown in from all over the world, so I want it done right."

Tune in at 8 p.m. to witness the fiery competition for yourself.