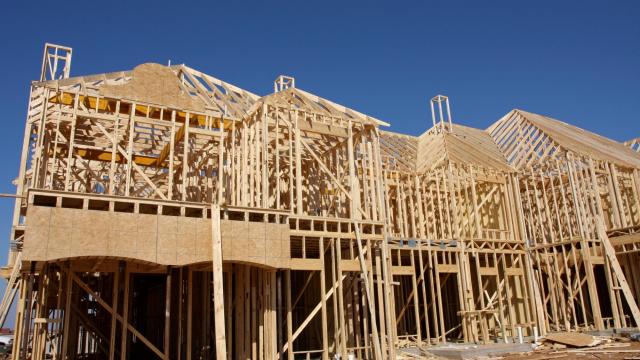 Within the past few years, growth in Wake County has been flourishing and the population in the Triangle has skyrocketed to more than 2 million as of 2018. To accommodate this rapid growth, smaller towns around the hubs of Raleigh and Durham — like Cary, Holly Springs and Apex — have transformed from sleepy suburban communities to bustling extensions of city life.

Until recently, most of the growth in central North Carolina has been confined to the core of the Triangle area. But as more new families seek a higher quality of life, developers have started looking to the ample land and affordable living further south — more specifically, in Lee County and Sanford.

Recently, it was announced Sanford would be the site of two new major housing developments. The first, Galvin's Ridge, will span 533 acres in northern Lee County, just off Colon Road, while the second, Laurel Oaks, will encompass 209 acres in the South Park neighborhood, in the direction of Fort Bragg. Together, these new developments will add nearly 2,000 homes to the Sanford area, nearly doubling the available housing in one of the most significant booms in the city's history.

Both developments will offer suburban environments and lower price points for Triangle and Fayetteville area buyers. Add that to the convenient location just 30 to 40 minutes away from downtown Raleigh and Research Triangle Park, and these new housing developments will likely draw a significant amount of families and individuals to Lee County, largely from the Wake County area.

"I do think it's going to be a more transient Triangle population, more similar to areas like north Raleigh, Cary, Apex and Holly Springs," said John Ramsperger, owner of Sanford Real Estate. "The majority of homes are two-story homes on relatively small lots. But for Triangle people, it'll be normal and they'll save 30 to 40 percent, and shorten their commute by coming here.'"

Not only will the availability of new homes attract new residents from Wake County, but they've also been sorely needed for Lee County residents. With major corporations like Pfizer expanding, and Bharat Forge Aluminum USA and Audentes Therapeutics announcing their plans to locate new facilities in Sanford — collectively adding around 1,000 new jobs and investing millions in the community — individuals who work in Sanford now have a promising opportunity to finally call the city they work in home.

"In the last year, our residential permit growth has increased by double digits, and our commercial permits have increased by triple digits," said Carter Keller, managing member of Carolina Commercial Contractors. "I think I heard this past week that there are 121 homes on the MLS [multiple listing service] in Sanford. Which, when you're talking about over a thousand jobs that have been announced since August, we're going to need that greater inventory."

These new developments are usually a signal of even more growth to come, at least historically speaking.

Take, for example, Cary. In 2000, Cary's population was less than 100,000, but as of 2019, the once quiet streets are buzzing with new activity, almost doubling the population to just almost 200,000. With the announcement of so many new homes in Sanford, the town may be next in line for a major population boom of a similar nature.

"There are a significant number of investors looking for property here from the Wake County area. I have friends asking me all the time, 'Hey, what's going on down in Sanford and Lee County?'" Keller said. "How I see it is, by moving here now, you would be getting in on the ground floor. As those that have been in Wake County for a long time know, the overwhelming growth is continuing."

While the commute from Sanford to Raleigh is certainly an easy one to make, both Ramsperger and Keller hope that, for those new to the area, they recognize Sanford is much more than just a bedroom community.

"Sanford has its own personality, and we like new people coming here discovering the perks. We want them to become invested in Sanford, not just because of the commute time, but because of the lifestyle it has to offer," Ramsperger said. "I'm hoping that people will find the friendliness and hometown feel of Sanford and realize that we are not interchangeable with north Raleigh, Cary, Apex, Holly Springs, Fuquay Varina, Garner and the like."

Added Keller, "I travel frequently for business. I have lived in Richmond and I lived in Wilmington, but Sanford is home. I could live anywhere, and I chose this as my home and the place to raise my family. It's a great community to call home."

Since there is such a high demand for new housing but a low current inventory, both Ramsperger and Keller expect Galvin's Ridge and Laurel Oaks to sell quickly. While the new developments are still in the planning stages, construction is expected to begin soon.