Raleigh, N.C. — Avengers: Infinity War premiered in theaters Thursday, and a new "throwback" theater in Raleigh is celebrating its grand opening with 70 screenings this weekend!

This is the third movie in the superhero series, and the first two movies are among the top ten highest earning movies ever -- just like Black Panther, who is also featured in the new movie.

Avengers: Infinity War is already sold out at some Triangle theaters today, but the new Alamo Drafthouse on New Bern Avenue in Raleigh still has seats available. 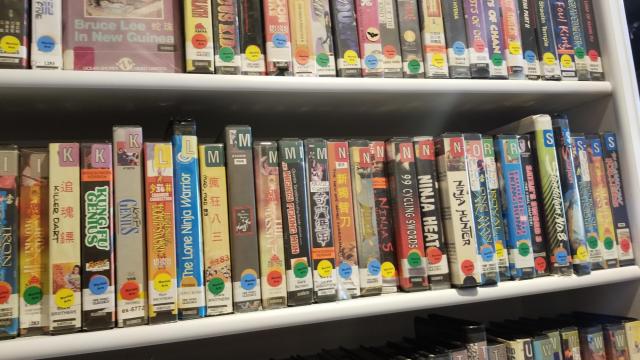 The theater, covered in art, is hard to miss. Alamo has 23 showings of Avengers planned today and will show 70 in total through Sunday night.

Fans can also take advantage of special Avengers merchandise and discounts for their first week in business.

"The Alamo is a place for movie fans made by movie fans," said Skip Elsheimer. "Everyone who works here is a fan of movies."

This is the first Alamo Drafthouse to open in the Triangle, and the chain has received a warm welcome.

The Raleigh location features 11 theaters that can play movies in 4K resolution, which Avengers was filmed in. Each theater has reclining seats, and guests can order food from a menu while watching a movie. There's also a restaurant and large video store in the lobby with thousands of movies to rent.

There is one big rule at Alamo Drafthouse -- that you can't use your phone during the movie. Guests get one warning and then they are kicked out.