Raleigh, N.C. — Raleigh has a new boutique hotel that aims to celebrate the retro motor lodge feeling of the building's past. 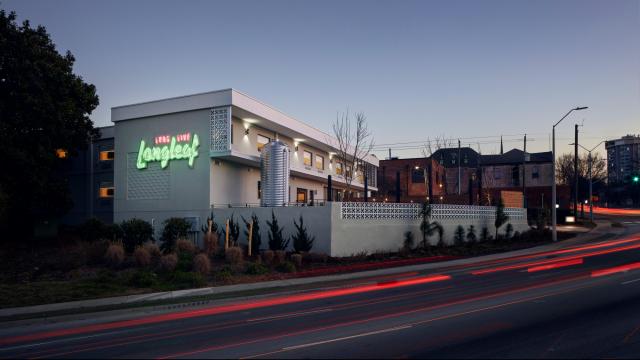 Loden Properties acquired the space in January 2019 and took about a year to renovate the hotel.

"We really weren't sure what we were going to do when we first acquired the property," Loden creative director Christine McDonald said. "We really got excited about the original Travel Lodge from 1964 so we looked at how we can bring back some of those neat elements from that era."

Renovations included a complete overall of the lounge and lobby area and overhauls of the 57-guest rooms. 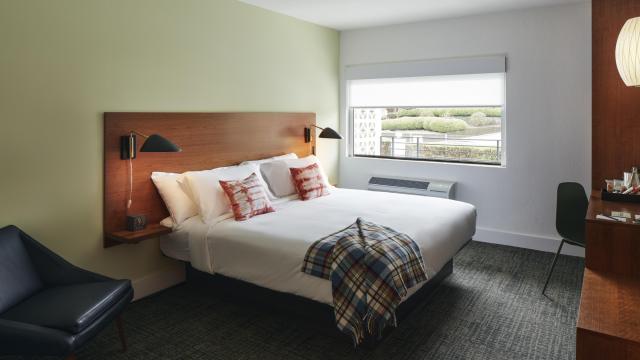 "We wanted it to be really something of the 21st century but paying homage to its roots as a 1960s motor lodge," McDonald said. "We took inspiration from the notion of Longleaf Pine and what makes North Carolina, North Carolina."

The result is a rustic, retro lodge with a comfortable modern feel. The lounge itself features large windows overlooking a large outdoor patio. Coffee and Union Special pastries are served during the day, while bar bites and wine and beer are served at the bar in the evening. Notably the beer also serves half-bottles, full bottles and wines by the glass. 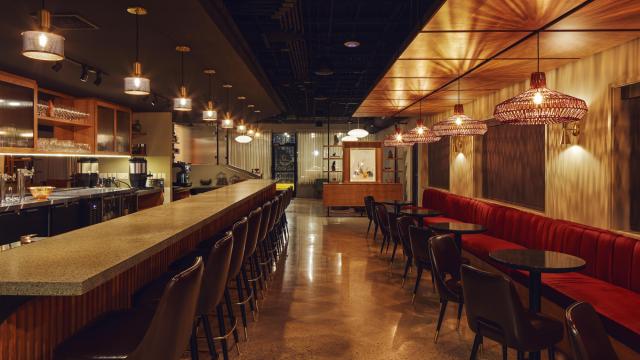 "We tried to design a bar that both locals and travelers would want to come and hang out in." said Matt Fern, who handles the bar program at Longleaf.

Fern, who was the longtime beverage director of Ashley Christensen's AC Restaurants in Raleigh, will also run the Longleaf's upcoming restaurant (ish) Delicatessen expected to open next year.