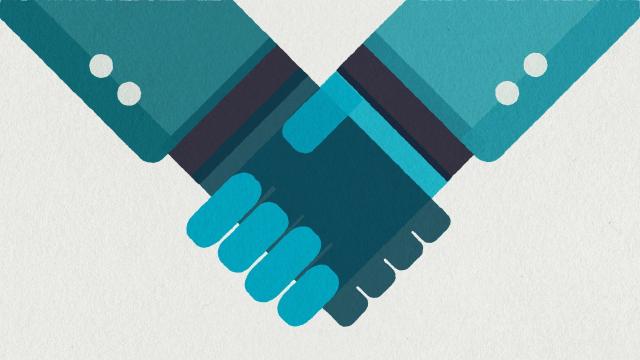 HONG KONG (CNNMoney) — Is America still the indispensable nation? Not when it comes to free trade talks in Asia-Pacific.

President Trump yanked the U.S. out of the Trans-Pacific Partnership in January, apparently sinking the world's biggest proposed free trade deal. But the countries he left in the lurch are moving closer to a new version of the agreement -- minus the U.S.

Trade ministers from the 11 remaining nations -- which include Japan, Canada, Mexico, and Australia -- agreed the "core elements" of a new deal at the weekend but said more work needs to be done to reach a full agreement.

Brokered on the sidelines of a summit of Pacific nations in Vietnam, the initial accord is "a huge, huge step forward," said Alexander Capri, a senior fellow at National University of Singapore's Business School.

It shows the willingness of countries across Asia and the Americas to move on with broad free trade deals in the face of Trump's "America first" rhetoric, -- of which he delivered a strong dose at the Vietnam summit.

The pursuit of a new-look TPP also highlights the desire of countries like Japan to try to curb China's increasing influence in the region and beyond.

Trump's withdrawal from TPP left the U.S. with "a large vacuum in its economic diplomacy" in the region, according to Sanchita Basu-Das, a fellow at the ASEAN Studies Centre in Singapore.

Trump has expressed preference for negotiating one-on-one trade agreements with other countries, saying he can ensure a better deal for American workers.

But remaining TPP members like Japan and Vietnam, whom Trump visited on his Asia tour, will be less inclined to do one-on-one trade deals with the U.S. if the new TPP is finalized soon, according to Capri.

"The Trump team basically just wants to pound these guys into submission," he said. "No trade partner of the U.S. wants to do a bilateral with them."

Capri predicts Trump could face pressure at home if U.S. companies start losing business in TPP countries to competitors from places like Canada and Australia.

U.S. could rejoin down the road

The U.S. president made his feelings clear about multilateral trade deals in Vietnam on Friday, saying they "tie our hands, surrender our sovereignty and make meaningful enforcement practically impossible."

But some experts think the U.S. absence from the TPP may only be a temporary one.

"I anticipate that there will be mechanisms available for the U.S. to join at a later stage," said David Rothwell, a professor of international law at Australia National University's College of Law.

It's still not clear, though, when a final deal will be reached on the revised TPP, which is now being called the Comprehensive and Progressive Agreement for Trans-Pacific Partnership.

Some reports suggested it could happen fast -- in early 2018.

"I'm confident that we will be able to reach an agreement in the not too distant future," Australian Trade Minister Steven Ciobo said Sunday.

The new deal would cut barriers on trade in goods and services between the 11 markets, which make up about 15% of the global economy. It also includes rules on environmental and labor standards.

Importantly, key provisions on e-commerce and cross-border data flows have survived the U.S. pullout and the remaining sticking points appear to be fairly small, according to Capri.

Countries like Japan are eager to use the salvaged TPP to counter China's growing sway.

Beijing is increasingly seeking to influence the region, notably through its Belt and Road Initiative that aims to foster greater trade across Asia and Europe through huge investments in things like roads, railways and ports.

"Major Asian powers will continue to seek opportunities to balance against China -- with or without the U.S." tweeted Abraham Denmark, director of the Asia program at the Woodrow Wilson International Center.

And despite Trump's withdrawal from TPP, China won't necessarily find it easy to draw countries fully into its orbit.

Basu-Das says governments in Southeast Asia are wary, pointing out that Chinese investment often comes with strings attached, like bringing in Chinese workers and materials.

Recent signals from China that it wants to take the lead in globalization "ring hollow," Capri said.

Chinese President Xi Jinping talked up his country as a defender of global trade at Davos in January. But Capri says Beijing's subsidizing of state-owned enterprises and dumping of excess goods in global markets suggest it isn't ready yet to lead by example.