New No. 1: JPMorgan tops Bank of America for deposits 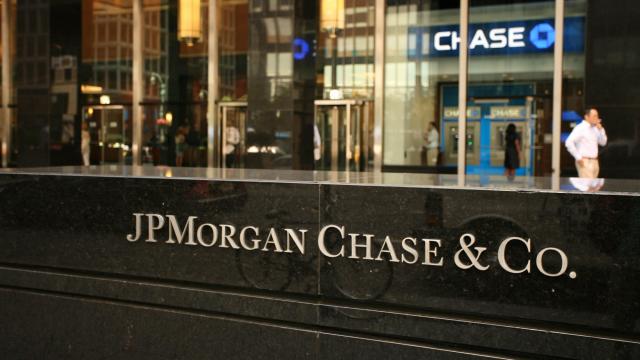 NEW YORK (CNNMoney) — JPMorgan Chase is the undisputed king of banks after dethroning Bank of America as the biggest holder of deposits.

Bank of America had held the bragging rights since it was formed by a merger in 1998, according to S&P Global Market Intelligence.

But JPMorgan has been gobbling up deposits at a faster clip the past few years. JPMorgan had $1.31 trillion in U.S. deposits at the end of June, narrowly surpassing BofA's $1.29 trillion, according to recently published FDIC stats.

Another way to put it: JPMorgan can now lay claim to 11% of total U.S. bank deposits.

The feat adds to JPMorgan's impressive resume. At $339 billion, Jamie Dimon's bank is also the most valuable American bank. (By a long shot. The next closest is Wells Fargo, at $274 billion.) It also holds $2.1 trillion in assets, the most in the United States.

JPMorgan weathered the 2008 financial storm far better than its peers. Its stock price recovered from the crisis years ago, and is now trading at an all-time high. BofA and Citigroup remain well below their historic highs.

Customers are also flocking to JPMorgan. The bank's deposits jumped nearly 8% over the past year, compared with 5.3% for BofA, according to the FDIC.

The Big Four U.S. banks -- JPMorgan, BofA, Wells Fargo and Citi -- hold a combined 37% of the country's deposits, according to S&P. The rest of the top 50 banks have another 35.5%. That leaves the thousands of remaining U.S. banks with barely one-quarter of the market.

The big banks are amassing more and more in deposits -- despite the fact that most reward savers with virtually no interest. BofA and JPMorgan pay around 0.01% for a standard savings account, even though the Federal Reserve has been gradually raising interest rates.

Online lenders remain relatively small players, despite trying to lure customers with much higher savings rates. Online banks run by CIT, Ally Bank and Goldman Sachs pay between 1.2% and 1.35% for savings accounts, according to BankRate.

Customers have remained loyal to the big banks even as those banks have cut back on their physical presence and relied more on mobile banking. FDIC stats show that BofA has 1,634 fewer U.S. branches than in mid-2009.