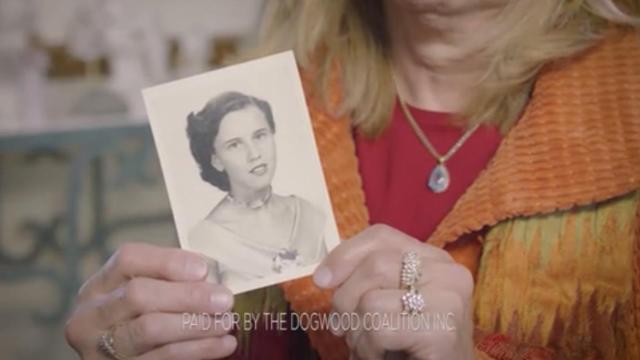 This group shares at least some of its leadership with Truth and Prosperity, a political committee that backs Lt. Gov. Dan Forest's run for governor.

WRAL News reported in this space Wednesday that Truth and Prosperity changed its name to Dogwood Coalition, but that is incorrect, according to attorney Amy Wooten, who pointed to paperwork indicating Dogwood Coalition is a new entity.

The groups have the same point of contact, the same principal office address and are pursuing a similar line of advertising. Dogwood Coalition took over some of Truth & Prosperity's TV advertising time slots this week, according to filings with the Federal Communications Commission.

An FCC listing of those filings refers to them as name changes, but Wooten said Truth and Prosperity simply "allowed Dogwood Coalition to buy, through a common media buyer, ad time that it had previously committed to buy."

William Gupton, Truth and Prosperity's treasurer as of its last required state filing in July, as well as Dogwood Coalition's point of contact in IRS paperwork and its registered agent in filings with the North Carolina Secretary of State, said in an email that this will be "a new organization with new individuals involved and with a different mission."

It won't simply be an independent expenditure committee, but "will be involved in activities that do not involve express advocacy to support or oppose candidates," Gupton said.

It is not uncommon for one person to head multiple entities with similar goals. Dogwood Coalition has filed with the IRS as a 527 group under federal tax laws.

Truth and Prosperity has spent more than $1 million on ads this election cycle, according to data compiled by Kantar Media. All of the ads are listed in Kantar's data as negative ads in the governor's race.

Truth and Prosperity supports Forest, who's looking to unseat Cooper this year. It got $1 million in late 2017 from Greg Lindberg, who also gave $1.4 million that cycle to another pro-Forest vehicle, the Republican Council of State Committee.

Lindberg was indicted in March 2019 and accused along with several others of trying to bribe state Insurance Commissioner Mike Causey, offering millions in campaign donations in return for a lighter regulatory touch on insurance companies Lindberg owns. Causey, though, was working with the FBI and recorded their conversations

Lindberg was convicted in March and is slated to report next week to a federal prison to serve more than 7 years.

Forest was never accused of wrongdoing in the case. He is likely the largest beneficiary of Lindberg's political donations in North Carolina, but the wealthy Durham investor donated heavily to other groups as well, including the state Republican and Democratic parties.

Lindberg was also a major donor for former Insurance Commissioner Wayne Goodwin, who now chairs the state Democratic Party and is running against Causey this year to get his job back.

Dogwood Coalition has not yet disclosed its donors, nor has it registered with the State Board of Elections.

Editor’s Note: This post, and its headline, have been edited substantially for clarification and to correct a misunderstanding.