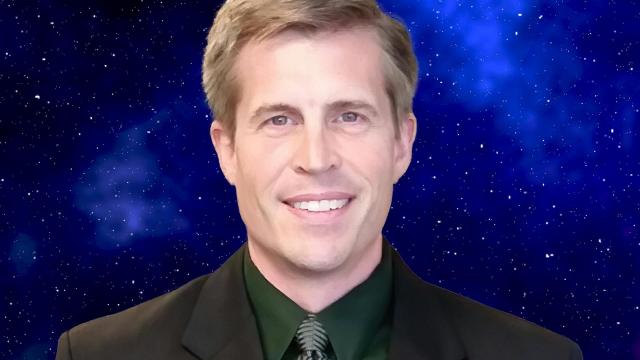 Michael G. Neece is a lot of things. A father of three in Chapel Hill. A computer programmer for Gilead Sciences, who has recently worked on Remdesivir, the COVID-19 treatment.

When Morehead Planetarium and Science and Science Center is open, he's a show presenter and educator. And when he's not doing any of that, he's writing children's books.

This month, he came out with "Tony Jenzano, Astronaut Trainer: The Man Who Made the Stars Shine," a picture book for Morehead Planetarium, which hopes to reopen this fall after a major renovation is clompeted. Jenzano worked at Morehead and helped the earliest astronauts learn to navigate by the stars, according to the book's description. The book has gotten some rave reviews, including from Mary Pope Osborne, author of the popular Magic Tree House series.

"This beautifully illustrated book by Michael G. Neece brilliantly captures a chapter in the history of the Morehead Planetarium," Osborne wrote. "But it does so much more—it's a story of commitment, courage, learning and the imagination. The bonds formed between museum director Tony Jenzano, Morehead Planetarium, and an amazing roster of famous astronauts were profound and lasting, and played a major role in sending the first Americans into space."

I checked in with Neece to learn more about his work and the book. Here's a Q&A.

Go Ask Mom: You wear a lot of hats, and among them is an educator at Morehead and a children's book writer. How did you jump onto those career paths?

Michael G. Neece: My interest in outer space arose in elementary school and grew steadily. When I was a student at UNC, I learned of a star show presenter job for students. I applied and got it. Over my many years at Morehead, I heard about astronauts who trained there, hearing about Tony Jenzano first from James Horn. My career took me to two other planetariums, then I strayed out of the field into other careers briefly, then came back to the Triangle area in 2007 when I restarted at Morehead as a part-time employee. My curiosity about the planetarium's history grew, and when I heard there was nothing written about the astronaut training era, I knew I had to write the book that I wanted to read. Tony's life story was so impressive, interesting, and inspiring that I knew he could become the central story of a children's book.

GAM: Your book about Jenzano came out this month. Tell us about him and a little bit about the book.

MGN: Tony Jenzano became the first technician at the planetarium in 1949, assembling the star machine from 14 boxes without instructions and the schematics all in German. Over the course of his career, he became the director, saw the invention of space travel, and was called upon to oversee the NASA astronaut training program, teaching 62 of them to navigate by the stars. 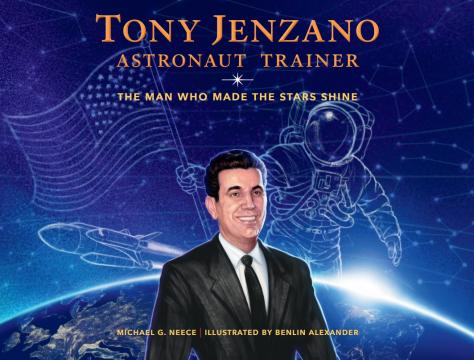 GAM: What do you enjoy about educating children about the skies above us? What keeps bringing you back to this kind of work?

MGN: The night sky is something all humans have in common. Cultures differ, but we all have stories of heroes, monsters, and adventures that we've superimposed on the night sky and preserved as constellations. Helping children understand what they are seeing in the night sky, teaching them these star myths and how the sky changes over time allows them to connect with each other and with the universe around them. Astronomy leads to culture, art, history, and even music as much as it does to science and math. When we teach kids about the universe, something that is literally all-encompassing, they never get bored with it. Watching them light up is what motivates me to keep coming back to skywatching and teaching the night sky.

GAM: How much do you miss interacting with kids at Morehead?

MGN: Having anyone in the star theater shout out questions, or just hearing the "oohing" and "ahhing" at what they see, those interactions are what I miss the most. Knowing that there is visceral excitement about space exploration, about seeing planets or comets or meteor showers, as people walk out after a show...it is the best part of doing that job and the part I miss the most. 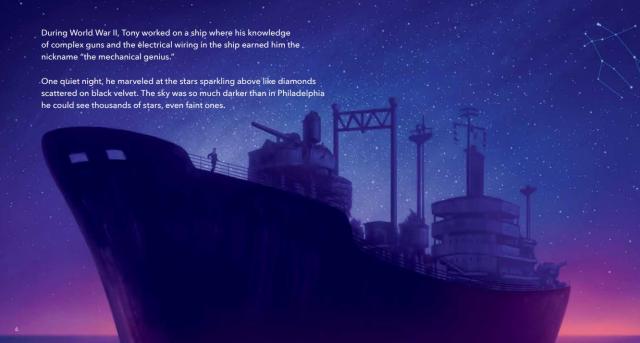 GAM: What are you working on next?

MGN: The very popular children's planetarium show Earth, Moon, and Sun is my next target in terms of making a children's book. Since the pandemic has changed how we think about attending planetarium shows, making that into a children's book will help bring a slice of the planetarium to everyone who misses field trips. I am also revising a young adult novel I wrote a couple of years ago and I'm also working on a full history of Morehead Planetarium.