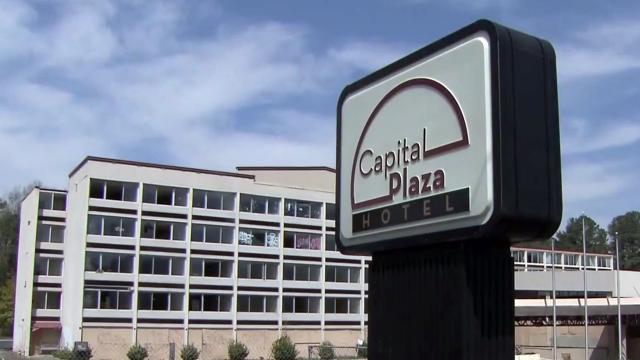 Raleigh, N.C. — A developer has purchased an abandoned hotel on Capital Boulevard that has come to be known as a Raleigh eyesore.

Plans call for the 12.99-acre site to be redeveloped into an apartment complex called Broadstone Oak City. There will be 335 units spread across four buildings. Most of the apartments will be one-bedroom units, with 68 two-bedroom units and 16 three-bedroom units.

The developer will add a new public street to the property, to be called Alloy Street.

“We are excited to announce our acquisition of the former Capital Plaza Hotel for the development of Broadstone Oak City, which will allow for redevelopment of an underutilized site at a high-visibility location,” said Alliance Residential Company Carolinas Managing Director Donald Santos. “As Raleigh’s East Midtown area is booming, Broadstone Oak City will create much-needed additional housing in this growing area."

The hotel has seen many owners since it opened in the 1970s as a Holiday Inn. It changed hands and was a Doubletree when it closed in 2000.

In 2004, it reopened after a $1 million renovation as the Hotel Europa. Less than a year later, the hotel closed after the property owner sued the hotel manager for thousands of dollars in unpaid rent. The manager later pleaded guilty to tax evasion charges.

In 2010, the property sold at auction for $1.5 million. The property had been assessed at $5 million, but the owners were eager to sell.

The abandoned building made the news in March 2019 when the US Army used the site for a Special Operations exercise in the early morning hours. The Army coordinated the event with Raleigh police and city officials. When residents complained about the noise and lights, then-City Manager Ruffin Hall said the exercise was much louder and more disruptive than what the Army had promised.