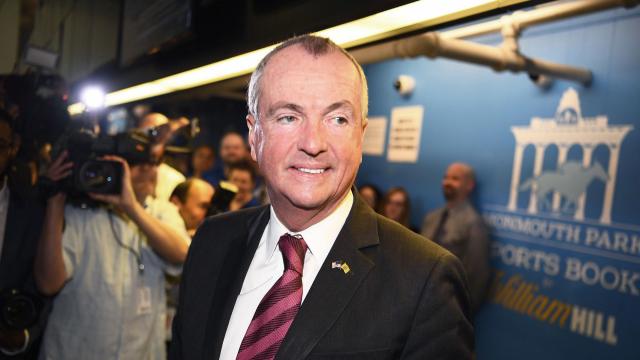 CNN — New Jersey Gov. Phil Murphy is recovering after undergoing a "successful surgery" to remove a tumor on his kidney, Lt. Gov. Sheila Oliver said in a statement.

"Earlier today, Governor Murphy underwent a successful surgery to remove a tumor on his kidney. He is currently resting at a hospital in New York City," said Oliver, who was named acting governor in Murphy's absence.

Murphy's office announced Tuesday in a news release that he was scheduled to undergo surgery on Wednesday and that Oliver would serve as acting governor until further notice. The planned surgery followed Murphy's announcement on Twitter last month that he has a tumor on his left kidney and planned to undergo a partial nephrectomy to remove it.

"The prognosis is very good and I'm profoundly grateful to my doctors for detecting the tumor early," Murphy said at the time.

The tumor was found in the process of checking for an unrelated issue, Murphy said Monday evening during a segment on News 12 New Jersey, a local CNN affiliate.

He added that the tumor is "likely malignant," but "containable by all measures." He also said that he had been showing no symptoms and felt good, adding that he recently ran a 5K race and hopes to run another in April.

Murphy said that the episode reaffirmed his views on the significance of health care as a right.

"You remember how fortunate you are, how important preventative health care is, and how important it is to have healthcare -- to be able to get access to world class help," he said. "And it just reminds you -- this is not abstract -- this quest to get healthcare is a right, not a privilege."

This story has been updated to reflect that Murphy underwent a successful surgery Wednesday.