New in the Senate: Jay Chaudhuri 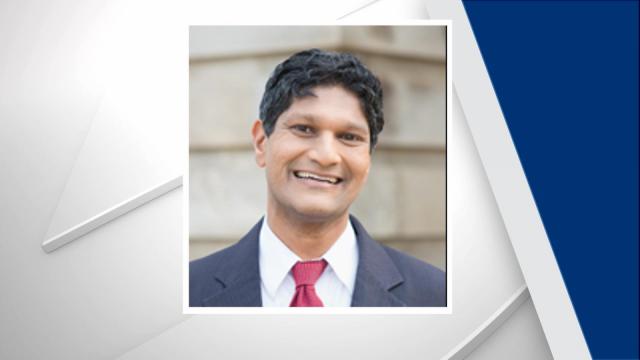 Chaudhuri, who replaced former state Sen. Josh Stein when he resigned to run for attorney general, won election in his own right in November. He says his experience as the son of immigrants will shape how he votes on legislation.

"Having a state Senate that is diverse and reflects the makeup of our state allows us to make better decisions on how we vote on bills," Chaudhuri said.

About this profile: WRAL News is conducting short interviews with newly elected and appointed members of the state House and the state Senate from central North Carolina. This is the third in the series. Prior profiles have featured Rep. Cynthia Ball, D-Wake, and Rep. Joe John, D-Wake.

Before taking office, Chaudhuri served as special counsel to Gov. Roy Cooper when Cooper was attorney general, and he worked as counsel and policy adviser for former State Treasurer Janet Cowell. His is one of several Democratic lawmakers who ran emphasizing what they see as the need to repeal House Bill 2, the controversial measure dealing with LGBT rights and the use of bathrooms by transgender individuals.

"I am gravely worried about the continued economic damage that the bill continues to do to the region here," Chaudhuri said. "I believe House Bill 2 is, on its face, discriminatory, and we need to repeal it for that reason."

Despite the partisan fights in the aftermath of House Bill 2 and the late-2016 moves by the General Assembly to strip Cooper of some powers, Chaudhuri said a conversation with former Sen. Tom Apodaca, R-Henderson, gives him reason to maintain civility.

"[He] once remarked to me the Senate really is like a family. There are only 50 of us, and for the most part, we behave like family members," Chaudhuri said. "Sometimes, you have arguments at the dinner table that can get vocal."

Why did you run?

"I ran for two reasons. My parents immigrated to this country more than 50 years ago, and they have been able to achieve the American dream, and so, for me, it was important in running for office that all North Carolinians (be able) to reach the American dream the way my parents did. Secondly, I have a deep love for the state of North Carolina, given the rich experience my parents have had here as new immigrants, and public service has always been an opportunity for me to give back to the state. That's why I spent 15 years working for the state of North Carolina before I decided to run."

What's surprised you most since taking office?

"I truly believe all members of the North Carolina state Senate, regardless of party affiliation, really want to do what they believe is right for the people of North Carolina. I don't question their motives as to why they ran or why they vote the way they do. I would say what has surprised me from a negative perspective has been the lack of process and debate and deliberation for some really big issues. The [way] HB2 was done, passed by both chambers and signed by the governor in less than 24 hours. When we have a process like that, that doesn't allow for deliberation, we have bad outcomes, such as that bill."

If you were given the choice of one statewide law to get passed this session, what would it be and why?

"The reason I would continue to seek and would love to see the state repeal House Bill 2 is, first, it's a real opportunity for us to restore the reputation for our state. We've lost four out of seven NCAA championships. Those are real jobs for real people. That doesn't include the entertainers that aren't coming to our arenas. That doesn't include the businesses that are electing not to relocate jobs here because of House Bill 2."

What's the best piece of advice you've gotten for navigating the General Assembly, and who gave it to you?

"The best advice I got was from former Rep. Rick Glazier, who now serves as the executive director for the North Carolina Justice Center. I think the advice in general is the importance of recognizing that, while we can agree to disagree on the issues in the General Assembly, how we treat each other is incredibly important as legislators. It's important that we maintain civility when we're carrying out the debate."