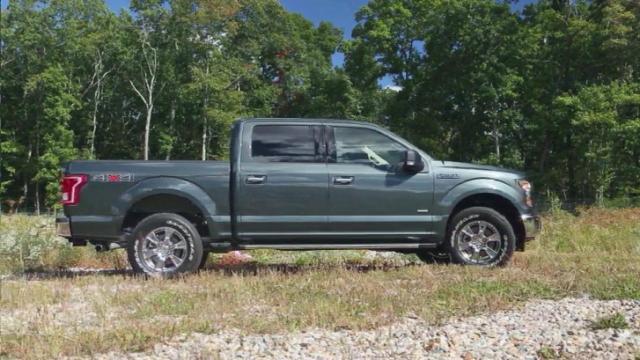 It's dropped 700 pounds with a new aluminum body and the change means it can carry and tow more. It also means a smaller engine, making for a better fuel economy of 17 miles per gallon overall.

It still has plenty of power, accelerating faster than the larger, 3.5-liter turbo charged engine.

Both F-150 models are good trucks, but Consumer Reports said they're not the best. They score below the RAM 1500 and the Chevrolet Silverado, in part because their testers say the Ford doesn't ride or handle as well.

"The RAM 1500 sets the benchmark for ride for a pickup truck,” said Mike Quincy of Consumer Reports. “Plus the Chevrolet Silverado has really good handling,”

Another consideration is the price. The 2.7-liter F-150 tested by Consumer Reports costs $46,000. That's more than the Silverado, which gets almost the same fuel economy at 16 miles per gallon instead of 17.

The RAM 1500 Eco Diesel is Consumer Reports' top-rated full-sized pickup truck. It gets 20 miles per gallon and costs just over $49,000.

Consumer Reports said the RAM 1500 is the most comfortable-riding, full-sized pickup on the market, yet it's plenty capable of handling hard work