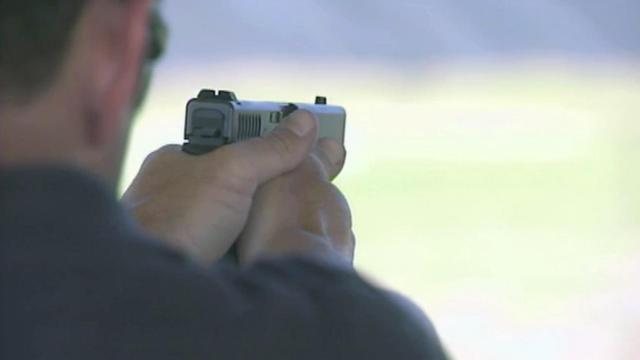 Raleigh, N.C. — Come 2021, North Carolina residents would no longer need a permit when buying handguns under a redrafted omnibus firearms bill that circulated among members of the General Assembly on Tuesday night.

The House Rules Committee is scheduled to vet the new version of House Bill 562 at 9 a.m. Wednesday. According to a summary of the bill provided to committee members, the measure still contains provisions related to how doctors ask patients about firearms in their homes, although the language is looser than in earlier versions of the bill.

The most scrutiny has focused on a provision that would repeal North Carolina's pistol purchase permit system. As originally drafted, the bill would have ended the state's pistol permit system in 2018. The measure up for consideration Wednesday morning would extend the system's life for an additional three years.

Until 2021, the bill would impose more restrictions on reasons why a sheriff could reject a permit. It would also allow federally licensed firearms dealers to sell a handgun to someone without a pistol purchase permit if they run a background check independent of the sheriff.

"That's going to effectively do away with the permits," said Eddie Caldwell, executive vice president of the North Carolina Sheriff's Association.

Federally licensed firearm dealers must run a background check when they sell any kind of firearm, whether it be a pistol or rifle, unless the buyer has a purchase permit or a concealed weapons permit.

However, private sales – transactions by non-federally-licensed individuals at gun shows or other person-to-person transactions – aren't governed by those rules. Right now, an individual does not need to undergo a background check to buy a rifle or shotgun from a private seller.

But current North Carolina law does require anyone buying a handgun, whether from a private seller or not, to get a pistol purchase permit from their local sheriff. In order to obtain such a permit, which is good for five years, individuals must submit to a background check.

"It's not just random information," he said. "It's information that's directly related to reasons people are prohibited from obtaining a firearm."

Grass Roots North Carolina argues that law is a holdover from the Jim Crow era and is often ignored today.

"We have 100 sheriffs and 100 sets of issuing criteria," GRNC President Paul Valone said in a recent news conference. "We feel the point-of-purchase background check more than offsets any other provisions."

"This law has been the important backbone of public safety in here North Carolina, keeping guns out of the hands of felons, domestic abusers and the severely mentally ill," Sarah Green, of Moms Demand Action for Gun Sense, said of the pistol purchase permit provision during a news conference by that group.