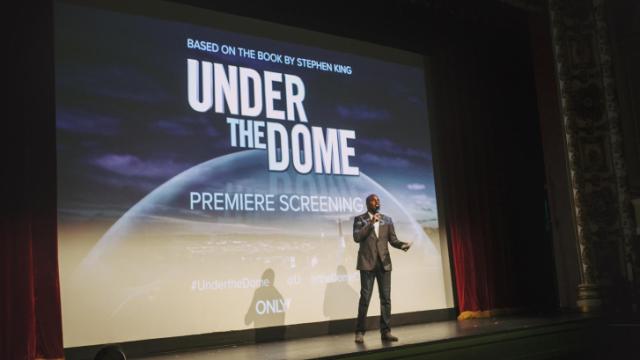 Raleigh, N.C. — Commerce Department officials on Friday ballyhooed the two television productions and one film that have landed $10 million in state film grants this year.

Included in the mix are CBS television series "Under the Dome" and two other productions:

"Under the Dome" will get $5 million, with the Lionsgate production landing $4 million and the film receiving $1 million. That exhausts the money available for North Carolina to lure productions this year.

"The grant recipients reflect a good mix of productions that will film on our coast, in our mountains and in a major metropolitan area," Commerce Secretary John Skvarla said in a news release. "These productions will showcase our state’s amazing diversity of resources."

This is the first year North Carolina has used grants to lure film and television productions to the state. Until Dec. 31, North Carolina granted a tax credit to productions based on how much they spent in the state. Proponents of the change said that lowering the tax rates for all by closing loopholes and special incentives such as the film credit would make the state more attractive to all businesses.

But film industry executives and communities that have been home to productionshave warned that a steep drop in the number of productions would be the result of the shift from a tax credit to a grant program.

For 2013, the last year for which complete data is available, that program supported 33 productions with $61 million in credits. Those productions spent $244,772,363, according to the Department of Revenue, compared with the $60 million the three productions supported this year will spend.