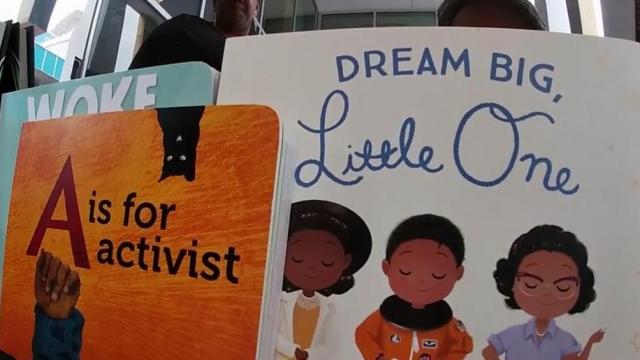 Durham, N.C. — A new bookstore and cafe is coming to east Durham, but this one will have a special focus on Black culture and literature.

On the corner of Driver and Angier streets will be Rofhiwa, which translates to ‘we are given.’ The phrase means to use what you have and try to create something remarkable out of it, and that’s what Rofhiwa owner Beh Mahkubele plans to do.

“I didn’t know where I was going to do it, but I moved to east Durham in 2018 and it felt like just the place,” said Makhubele.

Makhubele grew up in South Africa during a time when access to Black literature in schools was almost nonexistent.

She explained that having people write stories on Black culture means that “you can dream differently for yourself.”

After she become a book collector over the years, her passion for a brick-and-mortar space where people can collaborate and cultivate grew stronger.

“I was like, ‘Oh my God, this is a space than can possibly be somewhere where people can access fiction from across the Black world,’” said Naledia Yaziyo, a curator also from South Africa.

Yaziyo is connecting with people from across the globe to find authors and books to fill the store that represent Black lives everywhere, inspire children and open minds.

“What is new and exciting, what is perhaps challenging and controversial,” explained Yaziyo.

During a year filled with uprisings and fight against racial injustice, Makhubele and Yaziyo hope the shop will become a safe space for open dialogue.

“It’s important to have spaces where people can gather, and to think, and to ponder, and to process and to cry, and to read and to imagine because we are in something tough,” said Mahkubele. “Also a space where people will be engaged in the global conversation that’s happening.”

Makhubele said she plans to launch an online bookstore in December, then construction will begin on the building in late January.

The goal is to have a soft opening for the store in March 2021.