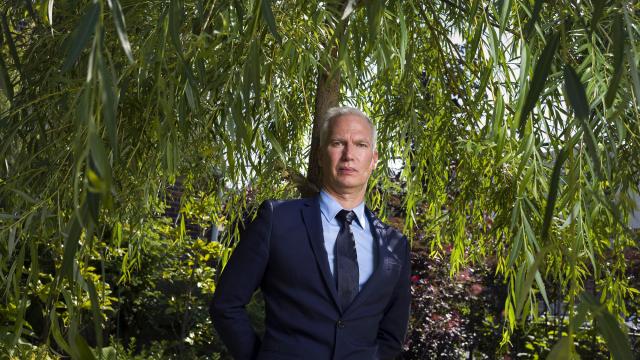 LOS ANGELES — In one of his first moves as director of the Museum of Contemporary Art, Klaus Biesenbach has expanded his board to include four new members: Adrian Cheng, Simon Mordant, Julia Stoschek and Marina Kellen French. The first three are board members of New York’s MoMA PS1, where Biesenbach had been director through late October.

All four are based in major art capitals outside California. Cheng, from Hong Kong, founded the K11 Art Foundation to give Chinese artists a more international platform and serves as a board director of the National Museum of China Foundation and a board member of the Royal Academy of Arts in London, among others. Mordant, from Sydney, is chairman of the Museum of Contemporary Art Australia and a member of the Tate and Museum of Modern Art international councils. Stoschek, from Berlin, a collector of video, performance and other time-based art, is a chairman of the Kunst-Werke Institute for Contemporary Art. French, from New York, is a trustee of the Metropolitan Museum of Art and the American Academy in Berlin.

French has also been involved with MoMA PS1, though not as a trustee. “She made MoMA PS1 free for New Yorkers for five years in a row,” said Biesenbach.

Her commitment to free museum admission might come in handy, as Biesenbach has been seriously considering suggestions from local arts leaders that he make the Museum of Contemporary Art free of charge, along the lines of the city’s other contemporary museums, The Broad and the Hammer. But he said he is not rushing into anything, given “all the implications that free admission could have,” not just in lost entrance fees but also lost membership revenue and possibly increased staffing and facilities needs.

“I think it needs very careful, responsible evaluation. Fiscal responsibility is very important for this institution — it’s definitely factual that the museum’s financial problems in the past were life-threatening,” he said, referring to the museum’s near-collapse a decade ago, when its endowment dropped below $10 million. (It now stands around $134 million.)

A larger and more supportive board is one safeguard against these sorts of problems. MOCA now has 41 board members, not counting lifetime trustees. Before Biensenbach’s arrival, the latest addition to the board was Sean Parker, a founder of Napster and an early Facebook president.