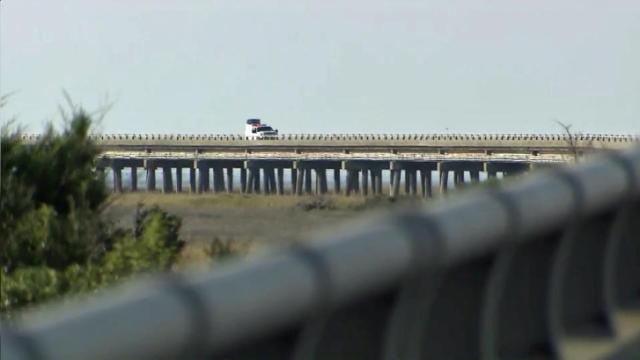 The state Department of Transportation said the new bridge over Oregon Inlet opened to traffic at 12:20 p.m. Monday.

Construction on the $252 million bridge started in March 2016 to replace the Herbert C. Bonner Bridge, which was built in 1963.

The new bridge, which is as yet unnamed, is 2.8 miles long and rises 90 feet above Oregon Inlet at its highest point, with 8-foot shoulders on each side. It is the first bridge in the state built with stainless reinforcing steel, which officials said will provide extra protection against saltwater corrosion. All told, the bridge is built to last 100 years.

Demolition of the Bonner Bridge will begin soon and is scheduled to be complete by the end of the year, officials said. A 1,000-foot section of the south end of the old bridge will remain in place as a pedestrian walkway, they said.

Formal dedication of the bridge is scheduled for April 2.