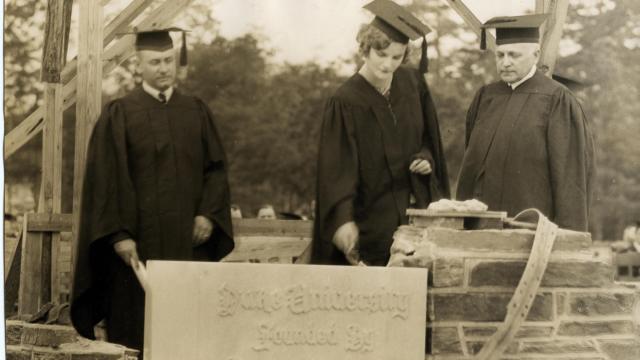 Durham, N.C. — Doris Duke's legendary last name adorns schools and streets across the Triangle. As the late James Duke's only child, ​the tobacco heiress inherited $100 million at the age of 12.

Her story is something out of a movie and these never-aired-before home movies bring her to life...
Duke rubbed shoulders with presidents and spent her free time filling the pages of her passport.

Sallie Bingham, Doris Duke's authorized biographer, said, "Because she inherited this enormous fortune at a very early age, she had some big decisions to make probably before she was old enough to make them."

Bingham is Doris Duke's only authorized biographer. Her new book, The Silver Swan, details Duke's work as a journalist, art collector and philanthropist advocating for diversity well before it was popular.

"She actually was one of 2 or 3 people, who started the Newport Jazz Festival, which was the first great opportunity for African American musicians to reach a primarily upper class white audience," said Bingham.

"There are these black marble busts of all the male Dukes and Doris is no where to be found ... And she was the daughter of the founder and a major benefactor of Duke ... and, I thought, this is too weird ... I'm fascinated with the way women can be erased," added Bingham.

While her story may not be well known, the Doris Duke Charitable foundation based in New York is valued at $1.3 billion -- providing support to the performing arts, environmental conservation, medical research and child well-being.

Bingham said, "If we could summon here today all the people she has benefitted, it would be a mass of people. Thousands of people often people who would not otherwise have been able to do what they were set on this earth to do."

More than her money or famous family it's that powerful legacy that Doris Duke's name will preside over for decades to come.