New baseball drama 'Pitch' is about more than sports 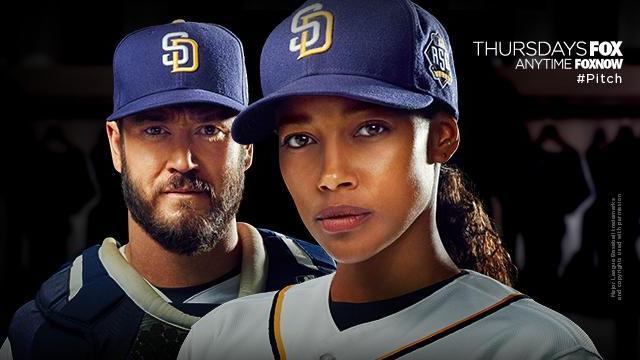 "Pitch" may be a sports story, but it's full of emotion, too. Brought to the small screen from the producers of the film "Crazy, Stupid, Love" and and TV hit "Younger," the new television series tells the inspirational story of a young pitcher who becomes the first woman to play Major League Baseball.

Newcomer Kylie Bunbury plays Ginny Baker, the gifted athlete who is vaulted into instant fame when she is asked to join the San Diego Padres.

"Obviously, everything we touch [during filming] is MLB, so we have to be as authentic as possible," said Mark Paul Gosselaar, who stars in "Pitch" as Baker's teammate.

Fans will remember Gosselaar as the teen heartthrob Zack Morris on "Saved by the Bell."

The on-field chemistry between Bunbury and Gosselaar as a pitcher and catcher is evident in the very first episode, series creators say, and they're not just talking about the scene where Ginny Baker is slapped on the butt by her male teammate.

"That was our chemistry scene," said Gosselaar. "We had to do that scene when we first met, and I asked her politely if she'd mind if I tapped her on the bum. She said 'Yes, Zack Morris,' and from that moment I knew she would be fun [to work with]."

"I'm living my dream," added Bunbury. "I get to be part of a project that has such a strong message, and I get to play a character who is complex, and that's such a gift."

Tune in to FOX Thursdays at 9 p.m. to watch the drama unfold.