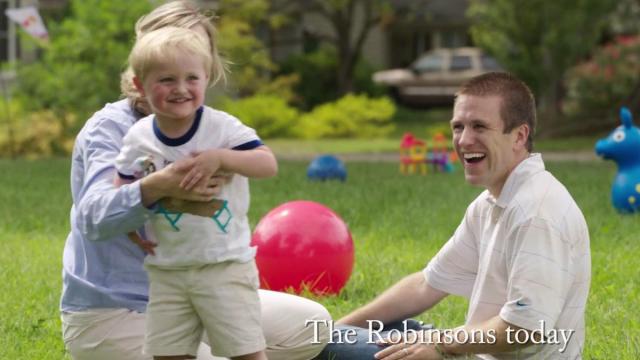 Raleigh, N.C. — An independent spending group is on the air Tuesday with a new television commercial that praises state House Speaker Thom Tillis' work on autism legislation, despite the Republican's inability to win final passage of the bill.

This is the third ad boosting Tillis in recent weeks from Carolina Rising, a nonprofit group that cannot coordinate its spending with candidates but can air campaign-style ads. Dallas Woodhouse, the group's president, said the group will spend $2 million to air two versions of the spot – a minute-long piece and a 30-second version – in all six of North Carolina's media markets over the next ten days. A 60-second version of the ad was posted on YouTube Tuesday morning.

Tillis, a Republican, is running against U.S. Sen. Kay Hagan, a Democratic incumbent.

In the ad, a young couple talks about having a son with autism and the struggle they encountered when insurance companies would not cover a specific kind of therapy for their child.

"Thom Tillis understood those challenges and was a huge advocate for us," says Kyle Robinson, the father in the ad. Robinson is director of basketball operations at ECU.

One thing that's not mentioned amid the images of a cute and happy child, soaring music and b-roll cribbed from Tillis' campaign website: The bill in question never passed.

Early on, Tillis made autism coverage a signature issue in his U.S. Senate campaign, wearing an Autism Speaks pin in some of his early campaign ads. In particular, he pushed a measure that would require insurance companies to cover certain behavioral therapies.

That measure cleared the state House 105-7 in 2013, but it never gained traction in the state Senate. House lawmakers tried to attach the measure to a broader regulatory reform measure in 2014, but senators rebuffed that effort as well.

Senators said they feared that adding new coverage mandates would raise the cost of insurance for everyone.

Politically, the measure became a bargaining chip. It is not uncommon for leaders of either the state House or the state Senate to take a signature bill associated with top leaders of the other chamber "hostage" in order to win last-minute concessions. In this case, Tillis and other House leaders never had something senators wanted in exchange for the autism bill, so it simply withered on the legislative vine.

Carolina Rising describes its mission as spreading a positive message about Republican efforts in the state, and he sees the autism bill as a good news story despite its ultimate failure.

"It's worth reminding people what Speaker Tillis was fighting for," he said.

Woodhouse said he believed lawmakers would return to session after the election and take up the autism bill then. Neither Gov. Pat McCrory nor top legislative leaders have said lawmakers would be returning before the end of the year.

"Samuel is sweet, bubbly. I never would have thought that he would be where he is right now," says the mother, Bobbie Robinson, in the commercial.

While parents certainly have every right to brag on their children, it's unclear what Tillis might have done legislatively to help this particular family.

The Carolina Rising ad urges viewers to call and thank Tillis for his work on the issue.

UPDATE: After this post first ran, Tillis' campaign reached out to point out the State Health Plan now covers the same kind of autism-related illnesses that the Carolina Rising ad is speaking about. However, that change to the state health plan came about through an administrative action when the plan's board voted to included the coverage, not through legislative action. Jordan Shaw, a Tillis spokesman, argued that the health plan took action after Tillis raised the profile of the issue. "While he can’t take sole credit for SHP adding it, his efforts were very much a catalyst for that decision being made," Shaw said.