Apex, N.C. — A 70-year-old Apex man has plans to compete in a California motocross race next month.

Ike De Jager, who is originally from South Africa, said he's considered a favorite to win in his age class of 65 and older.

From the first time De Jager straddled a motorcycle, he knew it would be a lifelong passion. His favorite pursuit, he says, is rough and tumble motocross racing.

"If you ride, by the end of the day, there's not a bone in your body that is not sore," De Jager said.

For 20 years, De Jager has made a living training others in the sport to help fund his own racing goals. He says success requires discipline. 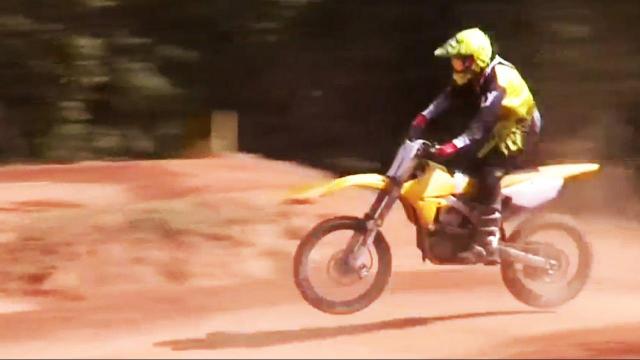 This year, De Jager's goal was to seek a second championship in the World Vets Motocross Championship in California, but the costs almost caused him to bow out.

Owners of this track at the North Carolina Motor Park near Henderson provided the bike and free access to a training course.

"They said, 'Whatever else you need, just put it together -- you're going to race the world's vets,'' he said. "You are an inspiration to all the people and we want it to be that way -- we want to be part of this journey with you."

As De Jager grows older, he wants to reach back and inspire others to live life with no regrets. "They'll be sitting on the rocking chair and saying, 'I wish I'd done this, I wish I'd done that,'" De Jager said. "It's never too late! You can still go out and do it -- but just be smart about it. Don't give up on your dreams, because even if you're old, we still do have dreams."

The big race at the Glen Helen Raceway in California is the weekend of Nov. 2.