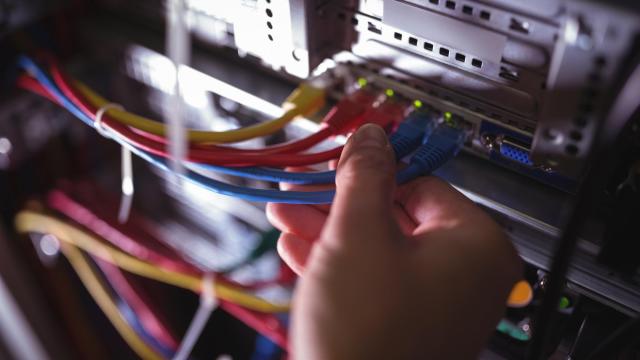 Justin Smith was glad to leave high school behind after graduation.

"Brick and mortar-style schools never appealed to me," he said. But then, neither did more than a decade afterwards of what he calls dead-end jobs, where a person had to work a 60-hour week just to make enough to pay the bills.

Now Smith is the junior network assistant administrator with the IT department of the Charleston, S.C., County School District, and paying the bills isn't a struggle. He credits his tech school education for finally getting him on a solid career path.

"It was a lifesaver and has improved my life," he said.

All his MyComputerCareer classes were done online since the closest campus was in Raleigh. He plans to add three more certifications to the seven he already has.

Since he landed the job with the help of the school's career services, the pace of taking the online lessons has slowed, but he fully intends to get all 10 certifications in the next few months.

"The classroom setting, where you go sit in a class and listen to somebody drone on, never really worked for me," he said. "But to be on a computer with hands-on experience, that works for me."

Smith credits visualization software, designated online classrooms, and flex rooms where you go for extra help, for getting him through it.

Smith played a lot of video games in his youth, but he considered that more entertainment than a love of technology.

The first clue that maybe an IT career was in his future happened when he was 12. His much older brother gave him an online game to play on an old computer, and in only a few hours after his brother left to return to his home in another state, Smith had broken it.

He decided to fix it himself.

"I took it apart and spent three hours messing with it," he said. He fiddled with the cables and printed out how-to tutorials. "I got the computer back up and running."

Smith recalled, "There's nothing like pushing the power button, hearing the fans whirl up and seeing Windows 95. Something clicked on that day."

Still, those years after high school were spent soul searching and trying to find his way. He went from one job to another, living paycheck to paycheck. He did pizza delivery and other "grunt work" where "you have to work 20 extra hours to keep from eating ramen noodles for a week." He seldom lasted more than a year at any job.

The last straw came when he drove his personal car for a shared-ride service. Two very drunk riders came within seconds of getting sick in his car. Shortly after that he heard a commercial on the radio about MyComputerCareer, took the assessment test, and started class two weeks later.

It rekindled his love of technology and computers.

"The best advice I can give someone is just do it," Smith said. "Don't dawdle around. If you're thinking at all about the tech industry, the assessment test is free. Your current self and future self will thank you for it."

He added, "If it's something you want to do, do it. It's well worth the investment of time and resources."