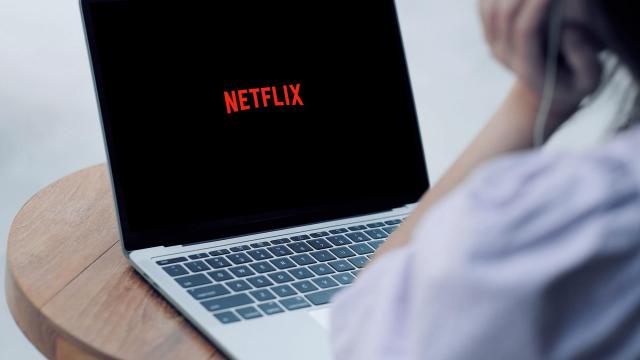 CNN — Netflix — which was founded in 1997 as a rental company that sent you DVDs in the mail — crossed a major milestone on Tuesday, further solidifying itself as one of the most influential companies in Hollywood.

Netflix's fourth quarter profit in 2020 was $542 million, down from $587 million in the year-earlier quarter. Its revenue jumped 21%, to $6.6 billion. The company's stock jumped as much as 12% in after-hours trading following the company's earnings.

"2020 was an incredibly difficult year with extraordinary loss for so many families, new restrictions that none of us have ever had to live with before and great uncertainty," the company said on Tuesday. "We're enormously grateful that in these uniquely challenging times we've been able to provide our members around the world with a source of escape, connection and joy while continuing to build our business."

Netflix reported that for the full year 2020, the company brought in 37 million new subscribers, a 31% jump from the year before. But another of its announcements may have helped boost Netflix's stock on Tuesday: The company said it is "very close to being sustainably [free cash flow] positive."

"For the full year 2021, we currently anticipate free cash flow will be around break even," the company said. "We believe we no longer have a need to raise external financing for our day-to-day operations." This is good news for investors who have worried about the company's debt, content spending and overall growth going forward.

Netflix added that as it generates excess cash, it intends to "maintain $10 billion to $15 billion in gross debt" but will "explore returning cash to shareholders through ongoing stock buybacks" as it's done in prior years.

2020 was a significant year for streaming, with the launches of new streaming services like NBCUniversal's Peacock, Discovery+ and HBO Max from CNN's parent company, WarnerMedia. Not to mention, the huge leap Disney+ made by notching more than 80 million subscribers.

As the longtime king of the streaming world, Netflix seems unfazed by the proliferation of rivals.

"It's a great time to be a consumer of entertainment. There are a wealth of options ranging from linear TV to video gaming to user generated content," the company said. "Our strategy is simple: if we can continue to improve Netflix every day to better delight our members, we can be their first choice for streaming entertainment. This past year is a testament to this approach."

The company even went out of its way to say that even though Disney+ had a "massive first year," Netflix still "recorded the biggest year of paid membership growth in our history."