Neomonde to launch independent audit after co-founder accused of misconduct 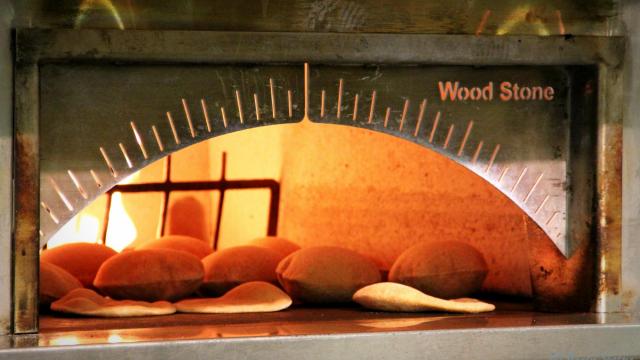 Raleigh, N.C. — Award-winning restaurant and bakery Neomonde said it is launching an independent audit of its policies and procedures following accusations by former employees of sexual misconduct by one of its founders.

The announcement comes just days after a former employee posted on Facebook claiming Samir “Sam” Saleh assaulted her in 2015.

“Sam formally announced his retirement in 2019 in an interview with the Triangle Business Journal and is in the process of relinquishing his share of the business. We will do all we can to help expedite this process,” Neomonde said Wednesday in a statement posted on the company’s Facebook page.

WRAL has spoken with six former Neomonde employees who claim that Saleh routinely behaved inappropriately around them and other workers, even asking some of the women to be his “sugar baby.”

Former Neomonde employee Chelsea Pollard said she had been warned by fellow employees about Saleh when she started working there in October 2014.

“It was known you didn’t want to be in a room with him,” Pollard told WRAL.

On Jan. 6, 2015, Pollard said Saleh had tasked her with redecorating the restaurant and asked her to go with him to World Market in Raleigh to pick out some chairs.

Despite being uncomfortable, Pollard said she went with Saleh, but told her manager at the time that she would be texting them throughout the ride.

“Not even five minutes from Neomonde his hand is between my legs,” Pollard said. “I’m frozen because I’m 19 and this has never happened to me and this terrifying.”

WRAL has obtained a screenshot of a text message Pollard says she sent her manager at the time describes Saleh touching her leg.

“I know that sometimes Sam can be really creepy towards girls but I'm really uncomfortable,” the text message read.

When asked what Saleh was doing, Pollard texted back, “Putting his hand on my knee and my face and asking me how I kiss.”

Pollard said that Saleh then mentioned that he knew she had some financial issues and offered to make her his sugar baby but she’d “have to do something in return.”

Pollard said Saleh kept trying to buy her things at World Market, but she refused. Upon returning to Neomonde, Pollard said that she went into the bathroom and cried. She said she told her manager that she needed to go home for the rest of the day.

Pollard said she reported the situation to the HR manager.

“Her first reason is, ‘Well you probably misread the situation,’” Pollard said.

Pollard said she provided the text messages to the HR representative at the time.

Following the incident, Pollard said she told her manager she refused to work when Saleh was in the building.

Pollard said a meeting was set up a week later to discuss the incident. Pollard said when she arrived at the meeting, Saleh was there and said “He was sorry she misunderstood” what had happened.

“I got really angry and upset and I froze again and sat in the chair crying,” Pollard said.

Pollard said within three days of the meeting her hours were cut.

“I wrote up what happened and posted it on Instagram,” Pollard said.

Not long after, Pollard received a cease and desist letter from Neomonde’s attorneys.

WRAL has obtained a copy of the letter sent by attorney Lori Jones to Pollard on May 20, 2015.

“Among other things, you have falsely accused a Company owner of sexual harassment and sexual assault. In certain cases, you have tagged your posts to deliberately target the Company’s clients and customers, which can only be seen as an intentional attempt on your part to harm the Company’s professional reputation. Should the Company incur any damage to its business reputation as a result of your actions, you will be held responsible. I would also note that the use of electronic communications for the purpose of harassing or embarrassing another, and to knowingly make false statements concerning indecent or criminal conduct of another, constitutes cyberstalking under North Carolina law and is a criminal offense,” the letter read.

On May 15, 2015, Pollard filed a police report about the incident with Saleh. WRAL has obtained a copy of the report. Saleh was never charged.

Pollard’s former roommate at the time said she told him about the alleged assault involving Saleh not long after it happened.

About two years ago, Pollard said she reached out to The Indy Week to tell her story. She said she met with a reporter, but did not hear back from the publication.

“Earlier this week, a former employee of Neomonde Mediterranean (Neomonde) claimed on social media that one of Neomonde’s partial owners, Sam Saleh, had engaged in inappropriate workplace conduct during her employment in 2015. After investigating this further, we can confirm that a formal complaint by this employee was filed and addressed more than five years ago, when the restaurant was under different management," Neomonde said via statement posted on its social media platforms Wednesday.

‘No one wanted to be around him alone’

Former Neomonde employee Jaimi Tahir said Saleh started harassing her by grabbing her butt as he said hi to her. The behavior became more inappropriate with Saleh seeing her bra strap and asking what kind of bra she was wearing, Tahir said.

“Every time he walked in you could feel people tense up. The girls working there, we’d all be cautious of where we were standing,” Tahir said. “No one wanted to be around him alone at all.”

Tahir said the coworkers often discussed inappropriate behavior they had experienced by Saleh, including him offering to be their sugar daddy.

“Flaunting his money and letting us know he had control because he’s got the money,” Tahir said.

While Tahir was never asked to be a “sugar baby,” she did detail an incident when she was alone with Saleh in a van on the way to the N.C. State Fair, where Neomonde has a booth each year.

In October 2015, Tahir said she showed up at work but was told she would instead be working at the booth at the fair. She said despite her objections, her manager said she needed to ride to the fair with Saleh.

Tahir said Saleh kept asking her to lie down in the back of the van because she looked tired. Tahir said she said no. Tahir also said Saleh deviated from the straight route from the Beryl Road restaurant to the fair, instead taking wrong turns.

Tahir said she asked him where they were going and Saleh said Umstead Park to ride bikes.

“I’ve heard him make references to Umstead Park to other girls (at work) and he would laugh and walk away,” Tahir said.

Afraid, Tahir said she started texting her coworkers about what was happening.

Tahir said Saleh then asked her if she liked to ride bikes and started motioning with his hands and saying it would be a bumpy ride. Tahir said Saleh turned the van around before reaching the park and dropped her off the N.C. State Fairgrounds.

Following the incident, Tahir said she didn’t tell management because they didn’t take her concerns seriously about riding alone with Saleh in the first place. Tahir said she also had seen what happened with Pollard and thought nothing would be done even if she did speak up.

Tahir said she continued to work there while she was attending Meredith College because Neomonde was close by. She said she was able to maintain distance from Saleh following the incident.

“I think he could tell I was bothered by it (the incident),” Tahir said.

Tahir left Neomonde in the summer of 2016 and went to work at Sassool, which is owned by Saleh’s brother, Mounir. Tahir said she had no issues when working at Sassool.

Another former Neomonde employee, who has asked not to be named, described a similar encounter with Saleh in a vehicle while she was employed there. When bringing it up to management, she said she was told that she misunderstood what had happened.

Another former worker, who asked not to be named, said Saleh’s harassment started her first weekend working there. The woman, who was 16 at the time, said Saleh slapped her butt with an apron. When she went to confront him, Saleh had already left the restaurant. When the two were at work again, the woman said she told Saleh not to ever do that again.

The woman, who worked on and off at Neomonde, said Saleh offered her alcohol when she was 18 and at one point asked if she would like to be his sugar baby.

“He didn’t act that way with older women who worked there,” the woman said.

Neomonde, via a statement through its attorney, said that Pollard’s accusation was the only formal complaint filed with the company, but they have “learned of other former employees who have alleged similar experiences.”

“These allegations are heartbreaking, as Neomonde’s current management team has worked hard to cultivate an environment that fervently denounces sexual misconduct and emphasizes the importance of community and respect. Misconduct of any kind has no place in our restaurants, and we will continue to do all we can to prevent it. Last year, we began hosting annual sexual harassment prevention trainings for all current employees, and have worked to foster an environment that encourages open communication and reporting of any misconduct,” Neomonde said via a statement.

Saleh released a statement on Wednesday afternoon addressing the allegations.

"I want to publicly apologize for the pain and anguish that my behavior has caused to previous employees, and for the shame I’ve caused my family and their business. Since my retirement in 2019, I have been working to relinquish my role as an owner. In order to help restore confidence in Neomonde and provide a more comfortable environment for their employees and customers, I am working with the current leadership team to expedite this transition," Saleh said.

After more than 40 years leading the company, Samir Saleh stepped down from his leadership position at Neomonde in September.

"Over the last four decades, dozens of family members and I have poured our hearts into building Neomonde. Although I am no longer involved in the management and operations of the businesses, I am heartbroken that my actions have affected the many lifetimes of hard work that my family members and employees have contributed to the community," Saleh said.

For his role in founding Neomonde, Saleh received a lifetime achievement award from the North Carolina Restaurant and Lodging Association in February. Saleh served on the NCRLA Board of Directors from 2003 to 2012.

“Neomonde was founded more than 40 years ago, and its bakery and restaurants have been managed by more than a dozen members of the Saleh family, including Sam. However, it has been 15 years since Sam has helped manage the bakery, and nearly a year since he has been involved with the operations of any Saleh family restaurant. Currently, the restaurant is operated by second-generation Saleh family members, and the bakery is managed solely by Joe and DeGaulle Saleh,” Neomonde said via a statement.

The Saleh family moved to the United States from Lebanon in 1976. With family recipes from their mother Cecilia, the Saleh brothers, Samir, Mounir, DeGaulle and Joe, opened Neomonde Baking Company in 1977. In 1989, they expanded to include a restaurant and deli.

In 2011, the Mounir Saleh ventured out on his own and opened his own restaurant in north Raleigh. On Mother’s Day 2014, that restaurant was rebranded Sassool in honor of their mother. Sassool was Cecilia's childhood nickname given to her by her father when she lived in Lebanon.