Edwardsville, Illinois — A homeowner in Illinois caught a man feeding what he believes were poisonous meatballs to his dogs. Shane Moore's fears come after several other dogs in the neighborhood died from being poisoned.

"You just don't have a cluster of four five six dogs all dying exactly the same way, and that's what we were running into," said Moore's neighbor Jim McCann.

Moore and McCann live two doors down from each other. One afternoon while Moore was working from home, he heard his dogs, Finnie and Poko, barking outside. 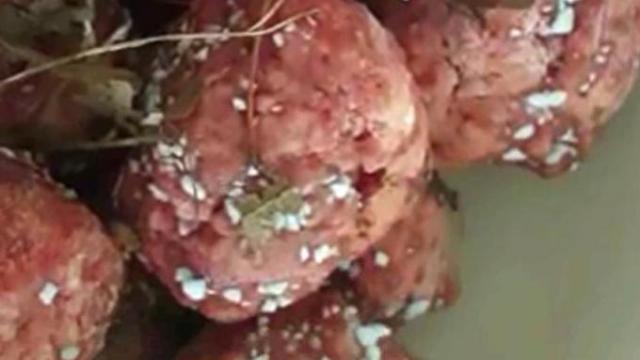 "They don't normally bark when they are outside, so I went through my master bathroom, and I was going to yell at them to stop barking when I saw a guy crouched down by my fence," said Moore.

When Moore walked out onto his deck, he recognized the man who was feeding his dogs a bowl of what he thought were meat scraps.

"I'm old school -- I grew up on a farm --- so it wasn't that unusual, but I was worried it might have bones in it, so I called my dogs back into the house and put them in the house," said Moore. 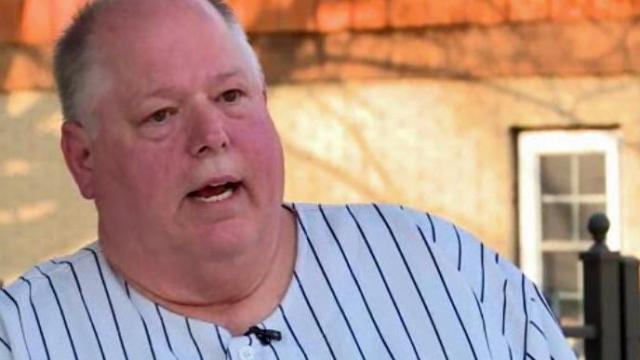 When Moore went back outside to get the meatballs, he noticed something strange.

Moore called the police, and his wife took the dogs to the vet, where they found the dogs to have elevated kidney levels.

"I posted on my social media page about what I found, and suddenly people were coming out of the woodwork who had also seen animal poisoning all around my community," said Moore.

One of the poisoned dogs belonged to was McCann's dog, Cal.

"Everybody in the neighborhood knew Cal," said McCann, who described his dog as a gentle giant. "One morning about a year ago, he didn't eat breakfast, which was a red flag. The next thing we knew, he was throwing up."

Cal was rushed to the vet, where doctors confirmed the poisoning.

"His keratin levels were high, and they weren`t sure what kind of poison it was, but they started him on IV fluid," said McCann.

Cal pulled through and came home, but the poisoning lead to a tumor and then an infection. Eleven months after the poisoning, Cal had to be put down.

No details of an investigation have been released.