Need a Flu Shot? Get It Now 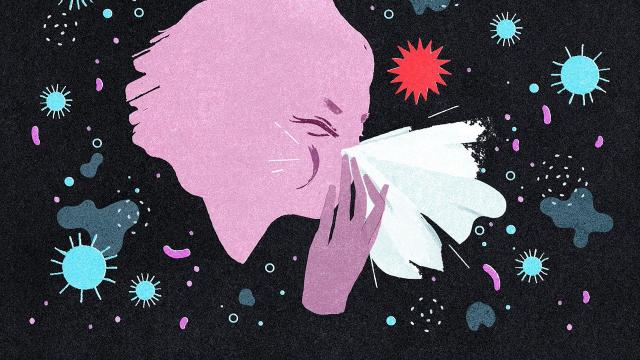 If you’ve waited until now to get your flu shot, your procrastination may actually pay off, though you’d be unwise to delay getting the vaccine any longer.

Although there are some cases of flu in October and November in the United States, flu season here doesn’t usually get going full speed until December, peaking in most years in February and usually ending by April.

I’ve just learned from Dr. Michael T. Osterholm, director of the Center for Infectious Disease Research and Policy at the University of Minnesota, that immunity induced by the flu vaccine, which is rarely greater than 60 percent to begin with, tends to wane by 20 percent a month, leaving those who got their shot in August or September with less than desirable protection by the time they’re exposed to a variant of flu virus their body doesn’t recognize.

Osterholm suggested that “since 95 percent of flu outbreaks start in mid-December, it’s best to get the flu shot in early to mid-November.”

Of course, if you, like me, were planning to travel abroad mid-fall, you should have gotten the vaccine beforehand because you never know what you’re likely to be exposed to en route or wherever you land, and no one wants a trip ruined by the debilitating fever, aches, fatigue and nausea that typically accompany the flu.

The Centers for Disease Control and Prevention, the nation’s infectious disease watchdog, recommends that everyone, starting at age 6 months, get a seasonal flu shot every year. Children younger than 6 months can be protected if their mothers get a flu shot during pregnancy. Annual vaccination is especially important for people 65 and older, those with a chronic illness, pregnant women and anyone with compromised immunity, all of whom are most susceptible to serious and possibly fatal complications should they get the flu.

It’s very important that children, too, get vaccinated with the current year’s vaccine, since children are less likely to have any residual protection from prior exposure to the flu and are the leading vectors for infecting others should they get sick.

Furthermore, the flu virus is readily transmitted to others starting the day before you develop any telltale signs of the infection, which comes on suddenly. You may be fine in the morning and feel like you’ve been hit by a truck by afternoon. A seemingly healthy child who is incubating the virus can easily transmit it to a dozen others, including teacher and parents, before they know they are sick.

After people who contract the flu think they’re well enough to resume their normal activities, they may continue to spread the virus for up to a week after they first became ill.

I’ve often heard people decline the vaccine because they once got flulike symptoms after the injection, or they came down with the flu despite it.

Facts: 1) The vaccine does not, and cannot, cause the flu. Either they were infected before they were immunized or before immunity took hold, or the fever and aches they experienced were side effects of the vaccination, not the flu itself. 2) As currently formulated, the vaccine is far from perfect. In some years, it has been as little as 20 percent effective in preventing the flu, although it may still lessen the severity of the illness and likelihood of complications.

The biggest problem with flu vaccine is the need to determine months in advance of flu season which of the virus variants to include. The flu virus is a moving target, highly subject to mutations; even the way the vaccine is made — often involving growing the virus variants in eggs — can cause them to mutate.

If the variants included in the vaccine differ from those that are ultimately responsible for seasonal outbreaks, protection is likely to be greatly reduced, which is what happened in the 2004-05 and 2014-15 flu seasons, when vaccine effectiveness was only 10 percent and 19 percent, respectively. Last season’s vaccine was about 36 percent effective.

There is also a difference in the protection afforded by the same vaccine given to people in different age categories. For example, the vaccine used against flu in 2012-13 had an overall effectiveness of 49 percent, but was only 11 percent effective for people 65 and older. A higher-potency vaccine is now available for older men and women.

There is now a concerted effort to create a new “universal” flu vaccine that would protect against all manner of variants and not require an annual shot. The goal, Osterholm said, is “a vaccine that can handle many new changes in the virus and that needs to be given only once every five or 10 years.”

The basic research needed to develop such a vaccine could cost $1 billion a year for the next five to seven years, he estimated. However, Congress allocated a mere $100 million for the coming fiscal year.

Until a safe, effective, broad-based vaccine becomes a reality, we all have to work with the imperfect vaccine we’ve now got. In addition to getting immunized (keep in mind that it takes about two weeks for the vaccine to be fully protective), anyone with flulike symptoms should stay home.

The virus is believed to spread mainly by droplets when infected people cough, sneeze or talk from as much as 6 feet away and the virus-laden droplets land in the mouths or noses of others. Always cover coughs and sneezes with a tissue that is immediately discarded, or cover your mouth with the crook of your elbow. Avoid touching your eyes, nose and mouth unless you have just washed your hands.

Clean hands, washed with soap and warm water for at least 20 seconds, are always important. The flu virus can survive for up to eight hours on hard surfaces, so it can be picked up from a doorknob, handrail or even a light switch.

There are two prescription drugs available for outpatients, oseltamivir, sold as Tamiflu, and zanamivir, sold as Relenza, that can help protect people in high-risk groups who are in close contact with others who are infected. If taken within two days of onset, these drugs may also reduce the severity and shorten the duration of the flu.

We are now a century away from the worst flu pandemic in history, the 1918 Spanish flu that infected 500 million people worldwide, killing as many as 50 million, including 675,000 Americans. Snake oil, later known as Ra-Ta-La Oil, was all there was to offer for prevention. Today’s vaccines, though imperfect, are far more effective, but only if you get them before flu season is in full swing.