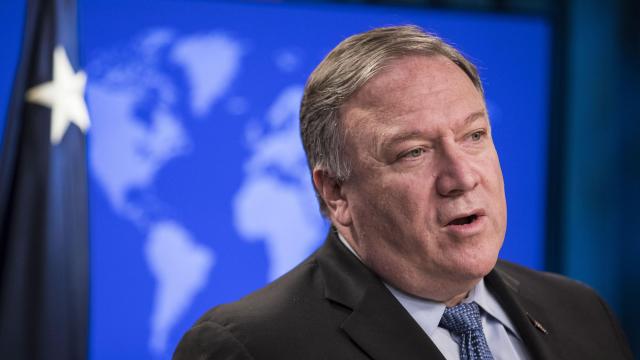 CNN — A new letter that has been signed by 27 former foreign service and high-ranking national security officials calls on Secretary of State Mike Pompeo to defend and support the former US ambassador to Ukraine, Marie Yovanovitch.

The open letter is signed by a bipartisan list that includes names like Tony Blinken, former deputy secretary of state and former deputy national security adviser; Eric Edelman, under secretary of defense for policy and former US ambassador to Turkey; Nicolas Burns, former under secretary of state for political affairs and former ambassador to NATO; and Jake Sullivan, a former national security adviser to former Vice President Joe Biden. The letter sent to Pompeo is dated October 1 and is meant to express support for the ambassador and says "her performance and leadership have been exemplary."

The letter goes on to say, "We are particularly concerned by President Trump's reported statement that 'she's going to go through some things.' Such language could be interpreted as a threat of some kind."

The letter writers ask that that "such language and the broader attack on Ambassador Yovanovitch should be condemned unequivocally" by Pompeo.

Yovanovitch testified to lawmakers behind closed doors on Friday that she was removed from her position because of pressure from Trump and described "unfounded and false claims" about her, according to a copy of her statement obtained by the Washington Post and the New York Times.