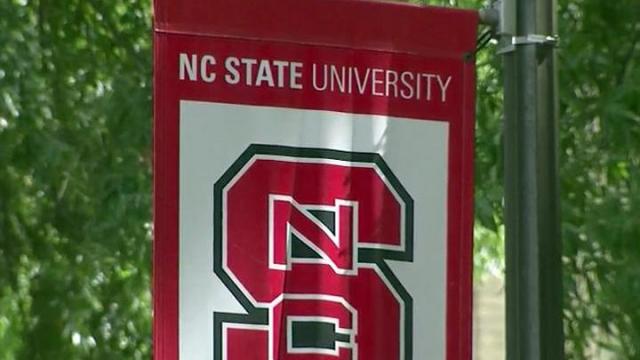 Raleigh, N.C. — North Carolina State University ranks among the top schools in the nation for research and innovation. It's credited with numerous inventions, including the world's first heart stent, and has launched more than 100 startup companies, including Cree and SAS.

President Barack Obama even visited in January to announce that the school would host a new, multimillion-dollar manufacturing innovation institute.

But, despite those successes, university leaders say a state law has caused them to lose out on research contracts with dozens of private companies and millions of dollars in funding that often come with them. 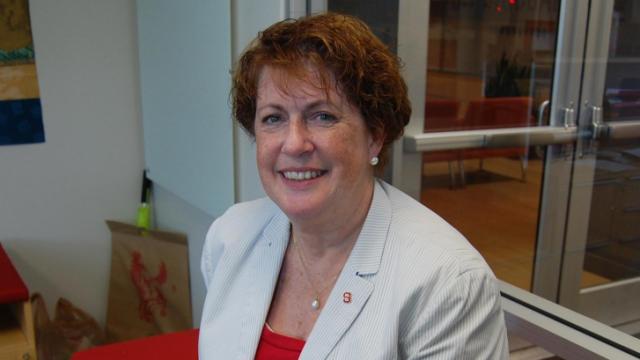 "There's companies that just won't and can't work with us because we can't promise them we can protect their information."
– N.C. State Vice Chancellor Terri Lomax

"There's companies that just won't and can't work with us because we can't promise them we can protect their information," said N.C. State Vice Chancellor Terri Lomax, who leads the Office of Research, Innovation and Economic Development.

The reason that information can't be protected is because of North Carolina's public records law, which requires public agencies, including N.C. State, to disclose records to the public upon request. Private companies that choose to work with N.C. State give up some of their right to privacy because any information they share could be made public.

N.C. State leaders are hoping lawmakers will create an exemption to the law to shield the public from being able to see information that private businesses share during the course of their research. While some in the business and education community say they support the idea of protecting that information from public view, open government advocates are wary.

"This is something public universities all across the country have to deal with. It's part of the cost of doing business with the public – making yourself accountable to the public," said Jonathan Jones, director of the North Carolina Open Government Coalition. "If we're going to amend the law, we need to know more about who these companies are that are not willing to do business and why they're not willing to do business."

Vice chancellor: 'I can't really talk about everybody'

N.C. State leaders were hesitant to offer specifics about companies that have declined to work with them. They were also unable to provide an exact number of business partnerships they have lost due to the public records law.

"I can't give you a firm number," Lomax said. "We haven't really kept track of it."

The vice chancellor estimates that two or three companies decline to work with the school each year because of the law. It's a small number compared to the more than 1,000 private companies that do work with the university annually. But, Lomax says, those few businesses are typically big ones. 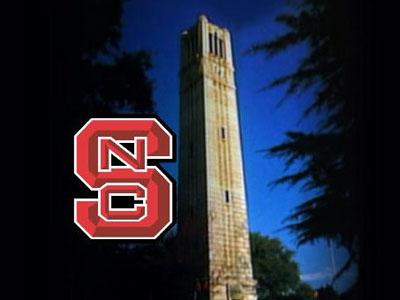 NC State innovation by the numbers

"I can't really talk about everybody, because it's really kind of confidential," she said.

The potential project with Quintiles was from "a couple years ago," she said. The company wanted to work with N.C. State's College of Veterinary Medicine, but after researching the state's public records law, "they decided they just couldn't do it," according to Lomax.

Quintiles spokesman Phil Bridges said he was not aware of any discussions with N.C. State about working with the vet school.

"They're probably mistaken, or it's something I have no knowledge of," he said. "We haven't done pre-clinical work with animals in a long time – not within the last couple years."

Quintiles has, however, done research with other public agencies, including UNC Hospitals, Bridges said.

The North Carolina Railroad Company declined to comment about N.C. State. In an emailed statement, President Scott Saylor said: "It is not our policy to discuss contract negotiations."

WRAL News contacted the University of North Carolina at Chapel Hill to see if the public records law has affected its research. Spokeswoman Karen Moon said university officials "are familiar with the issue," but she wasn't able to track down any other information.

Company: 'You can manage the confidential info'

Eastman Chemical Company is one of the thousands of private businesses that work with N.C. State, despite the public records law. It decided to partner with the school in 2012 after looking at more than 200 universities across North America.

As part of its contract with the school, Eastman is investing $10 million over six years to conduct research with the university in chemistry and other areas of science. The company also created the Eastman Innovation Center, which is housed on N.C. State's Centennial Campus.

Stewart Witzeman, director of the innovation center, says his company "certainly looked at the public records law" but was not deterred by it.

"We've worked with other state institutions, and we know how to manage it," he said. "There's a lot of high-value work you can do with universities, and you can manage the confidential info."

One way the company manages that information is by being selective in the kinds of research and information it shares with professors.

"There are types of work we understand are not appropriate for a public university," Witzeman said.

Mike Tadych, a Raleigh attorney who specializes in open-government disputes, says companies can work around the public records law by not providing trade secrets to the university. By definition, trade secrets are usually not disclosed to third parties anyway, he said.

"It's probably not a trade secret if you're handing this over for research purposes," he said. "The lifeblood of most professors is sharing their research. That's part of their process."

N.C. State engineering professor Jayant Baliga, known as "one of the most prolific inventors" on campus, says the public records law has not been a problem for him.

"No, it has not affected me," he said. "It didn't impede anything I was doing."

Baliga has worked with dozens of private companies across the world and says his biggest hurdle is getting funding to file patents and build technology.

Faculty members aren't typically affected by the public records law, according to the vice chancellor. Staff members who negotiate contracts with private companies are the ones most familiar with it, she said.

What records are people requesting?

WRAL News asked N.C. State leaders if anyone had filed a public records request to get information about their research projects. The vice chancellor said she could not think of any.

"It's more the fear of (a request) than it has been the actual thing happening," Lomax said.

WRAL News reviewed a list of public records requests the university received in 2013 and found five requests that either mentioned research or appeared to be related:

While N.C. State leaders appear to be in the beginning stages of pushing for a change to the state's public records law, the level of support seems to differ among university leaders.

N.C. State Chancellor Randy Woodson gave a presentation to the University of North Carolina system's Board of Governors in February. He told leaders that the law jeopardizes his school's ability to maintain confidential information and has caused them to lose industry-sponsored research opportunities.

Since that time, Woodson has declined to speak publicly about the issue again. A university spokesman said it "isn't on the top burner for him right now." Meanwhile, the vice chancellor says the issue is "very big."

"If we can't get this law changed in this legislative round, we have to really think about – do we do this as part of the university, or do we have to go out and form an outside nonprofit entity to get around this issue?" Lomax said.

The Board of Governors has not made the topic a part of its legislative agenda, but that could change.

BOG member Champ Mitchell says he would entertain "reasonable exemptions" to the public records law for research, but any discussions about that would have to come after the current legislative session.

"We will look at (the law) and try to come up with a solution that protects the public's right to know," Mitchell said. "I don't think there's a serious question that (the board) would support a reasonable exemption. The question is, where does it fall in the priority list?"