Mike Mullen has been vice chancellor and dean for N.C. State's Division of Academic and Student Affairs since August 2012. The university stated Mullen had resigned but did not give the reason why. The statement reads:

"Dr. Mike Mullen has resigned from his position as Vice Chancellor and Dean for the Division of Academic and Student Affairs. His last day in the office is Friday, August 16. An interim replacement will be announced soon." 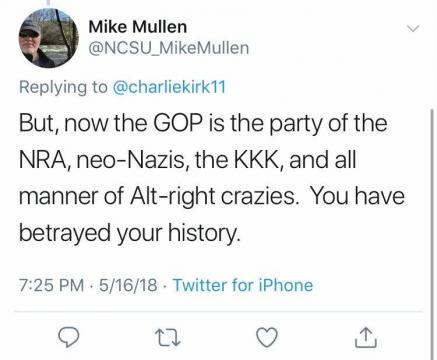 In Mullen's biography on the N.C. State website, it says "he provides leadership for over 45 units and 570 employees which support all students across their academic, co-curricular, extra-curricular, and residential lives – serving the whole student. He is also Professor of Soil Science in the Department of Crop and Soil Sciences."

There has been some controversy regarding Mullen in the past. TheCollegeFix.com reported he used his Twitter account to say Republicans are "rednecks" and they "lack ethical values." 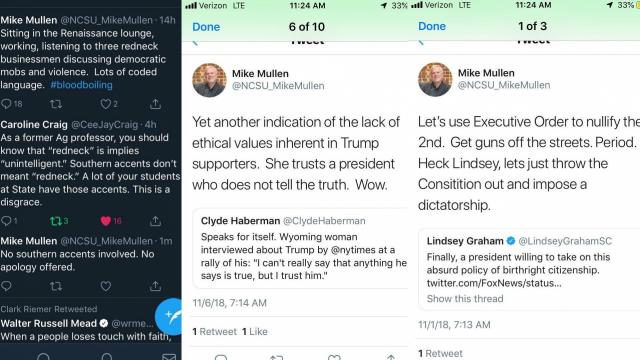 Last spring, he reportedly called the GOP the party of the NRA, "neo-Nazis, the KKK and all manner of all alt-right crazies." The website also reports he tweeted the Second Amendment should be nullified to get "guns off the streets" and "throw out the constitution."