Raleigh, N.C. — Andy Kamath remembers his first week at North Carolina Central University. The 16-year-old Charlotte student was living on the Durham campus this past summer and studying alongside 51 other high school students from across the state, an elite group chosen for their talents in science and math.

Kamath called home, excited about the research he was doing and inspired by the new friends he was making in the program, called Summer Ventures. "The only thing I said was, 'Dad, at least one of these kids is going to find the cure for cancer when they grow up.'"

In October, Kamath learned NCCU was cutting the state-funded program after 30 years. His class was the last. Determined to save the program for future students, Kamath started an online petition and collected more than 300 signatures. He wrote to NCCU's chancellor and Gov. Pat McCrory, asking them to save the program.

NCCU is the third university in the state to drop the Summer Ventures program, citing budget cuts, and the only historically black university that participated. Western Carolina and UNC-Wilmington dropped the program in 2008 and 2011, respectively.

Of the six colleges that have hosted Summer Ventures, only three remain – Appalachian State, East Carolina and UNC-Charlotte.

The North Carolina General Assembly created the program 30 years ago to bring together some of the brightest high school students in the state, let them live on college campuses for a month for free and work on independent research projects in the fields of science and math.

Summer Ventures: By the numbers

NCCU's departure is a "huge loss" to the program, said Melissa Rihm Thibault, state coordinator for Summer Ventures and vice chancellor at the North Carolina School of Science and Mathematics.

"Not just because we lose a quarter of our capacity to provide highly able North Carolina high school students with a rigorous residential research program, but we lose the unique and valuable offerings and access to world-class faculty and facilities," she said.

Nearly 15,000 North Carolina high school students have participated in Summer Ventures since it began in 1985, and thousands more have applied. More than 1,100 students applied for 235 spots this past summer at the four remaining campuses. With NCCU's departure, fewer spots will be available next year.

The program is crucial, Thibault says, not only because it gives bright, highly motivated students a chance to work on important research projects, but because a majority of those students end up staying in North Carolina for college.

"The 65 percent rate (of Summer Ventures) is impressive, particularly given the caliber of student," Thibault said. "We are likely competing with many prestigious private colleges and out-of-state universities for these talented kids."

NCCU has hosted more than 2,500 high school students in the program's 30-year history. Among them was Rafael Lugo, who attended NCCU's program in 2001 and later graduated from North Carolina State University with a degree in aerospace engineering.

Lugo now works as an aerospace engineer at NASA's Langley Research Center, where he works on simulating the trajectory for NASA's Space Launch System, a rocket that's designed to allow astronauts to travel deeper into the solar system. 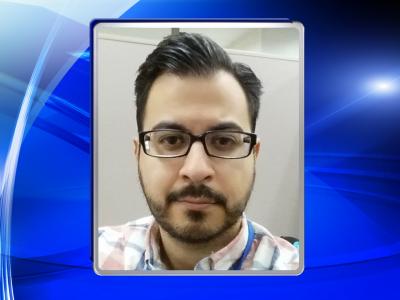 "When I attended, there were dozens of students like me looking to get a different kind of educational experience than we do in a normal high school classroom."

"I didn’t know that NCCU was canceling Summer Ventures, and I think it’s a tremendous shame," Lugo said, when reached by email this week. "When I attended, there were dozens of students like me looking to get a different kind of educational experience than we do in a normal high school classroom."

Lugo, who says Summer Ventures was "the single best experience" that prepared him for college, has another close tie to the program. His father, Gabriel Lugo, ran the Summer Ventures program at UNC-Wilmington for many years before it was canceled in 2011.

"I am very sad to hear that NCCU is planning to cut Summer Ventures," Gabriel Lugo said. "It is a shame to lose one more Summer Ventures site at a time when most institutions are struggling to figure out how attract more STEM (science, technology, engineering and math) majors."

Gabriel Lugo credits the program with bringing more than $1.5 million in STEM grants to UNC-Wilmington, thanks to projects first piloted by Summer Ventures students and continued by the university's research team.

"These gifted students came to our program with little more than youthful exuberance and emerged as young scientists after four weeks of intensive, inquiry-based research," he said. "Summer Ventures was, by far, the best educational investment in North Carolina from my perspective as a faculty coordinator, as an instructor in the program, as a parent of student in the program and as taxpayer."

Although it has canceled its program, NCCU's website still features some the accomplishments of its Summer Ventures students, including two teens who won a national award for their research project in 2011.

Will Fry, a 16-year-old from Greenville, and Ali Hasan, a 15-year-old from Mount Pleasant, were honored by the U.S. Environmental Protection Agency for an application they developed at NCCU. The app, EarthFriend, combined educational games and facts about the environment to encourage users to go green.

Kamath, who started the petition this fall to keep Summer Ventures at NCCU, hopes to make his own impact in the world of math and science after he graduates high school and college.

"My dream job would be starting my own company or research firm and helping myself, as opposed to working for Google," he said. "I don’t want to be the next Bill Gates or Steve Jobs. I want to be the first Andy Kamath."

This past summer, while at NCCU, Kamath and another student, Neeraj Gandhi, created eduCommit, a social networking site that allows educational tutors to advertise their services for $10.99 a month and connect with people searching for tutoring help.

A portion of the money will help fund education nonprofits that serve underprivileged children who can't afford a proper education.

"All we need to do is add the payment functionality," Kamath said. "The only reason I haven’t done that is because my mother doesn’t trust me with a credit card."

For Summer Venture's 25th anniversary, program leaders asked former students of all the participating colleges to share testimonials and stories of their time in the program. More than 700 alumni responded. With three schools now out of the program, the number of new alumni is shrinking.

NCCU spokeswoman Ayana Hernandez echoed that statement, saying the university can't continue funding the program while covering all the university’s priorities for its own students.

Summer Ventures is funded by an appropriation from the state to the campuses. Each campus gets anywhere from $220,000 to $250,000 per year, and that amount has remained relatively consistent since the 1980s, according to Jonathan Pruitt, UNC system's chief financial officer.

Pruitt says NCCU made the decision to end its Summer Ventures program effective this past summer to meet budget reductions. However, UNC's general administration provided one-time funding to allow NCCU to host its last group of students this year.

The state first appropriated $1.15 million to the UNC Board of Governors in the early 1980s, with the instruction to choose at least one university in the coastal plain, one in the piedmont and one in the mountains. Once the universities were chosen, the annual allotment of money became part of their base budgets, meaning the money can't be transferred to another school.

Thibault, state coordinator for Summer Ventures, said she is grateful for the three universities that remain – Appalachian State, East Carolina and UNC-Charlotte.

"It's a testimony to their commitment, that they understand the value," she said. "They've protected this program through very tough times, and for that, I'm grateful."

For now, Thibault said she is focused on keeping the program relevant in the hopes that the remaining universities will continue hosting students. She is also looking to the future and a new Summer Ventures program – this time for teachers.

The UNC President's Strategic Initiatives fund has agreed to provide money to pilot a Summer Ventures Fellowship program for early-career STEM teachers from some of the state's most economically distressed counties. The plan is to choose six teachers from across the state and send them, in pairs, to the three remaining Summer Ventures universities.