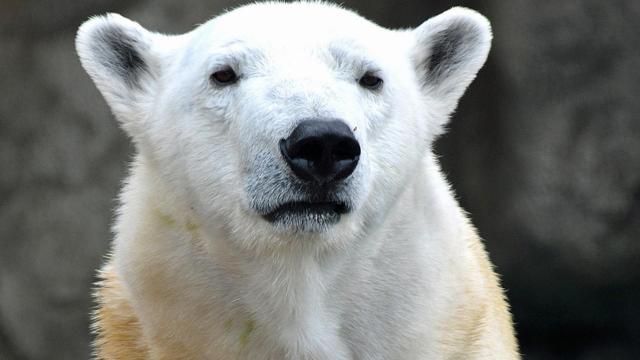 The female polar bear is living with her two cubs in the Western Hudson Bay area of Canada.

The names to vote on were chosen by zookeepers and are a collection of Inuit and Native American names and North Carolina themes:

The poll is on the zoo's website and on its Facebook, Twitter and Instagram accounts. Voting started at noon and will run through 4 p.m. next Monday. The winning name will be announced next Tuesday.

PBI is the leading polar bear conservation group in the world solely dedicated to conserving wild polar bears and their threatened Arctic environment. The N.C. Zoo is among an elite group of 40 zoos, aquariums and museums that partner with PBI on conservation efforts.

Every fall, the organization fits up to 10 female polar bears in the wild with GPS collars to continually track their movements. Collars last up to one year, dropping off automatically on a preset date.

PBI displays the bear’s movements online for the public to follow on their free Polar Bear Tracker. The N.C. Zoo’s bear is Polar Bear ID X33805. The tracker is updated once a week, usually on Mondays, from October to July each year.

The N.C. Zoo is also home to a breeding pair of polar bears – female Anana and male Nikita – but they have yet to produce an offspring.